Bangladesh's poor suffer the most as unrest hits economy 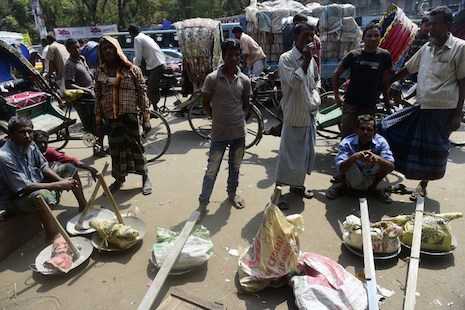 For weeks, Bangladeshi farmer Dibakar Ghosh has been pouring his milk into the river, unable to get it to buyers because of a months-long transport blockade that has crippled the impoverished nation.

As his losses mount, the 30-year-old can no longer afford to feed his cows and fears he may have to sell them for slaughter, destroying his business.

"My losses in the last two months add up to 60,000 taka (about US$800)," Gosh told AFP from his village in the northwestern cattle-farming region.

"There are 150 milk farmers in my village cooperative and all of them have had to pour away hundreds of liters of milk in the last two months."

Ghosh is among the millions of small business-owners hit by the nationwide shutdown that opposition leader Khaleda Zia launched over two months ago to try to force fresh elections in Bangladesh.

At least 110 people have been killed, many in petrol bomb attacks on vehicles by opposition supporters.

The government says the protests have cost businesses an estimated 1.2 trillion taka, but rules out holding fresh elections or talks with the opposition.

With no end to the crisis in sight, wealthy garment traders, bankers and transport owners have staged sit-ins on the streets of major cities to protest the blockade.

But experts say it is the poor and small business-owners who have taken the biggest hit as the blockade — now in its third month — deters investment and stops them getting their goods to market.

In the western village of Gatkhali, hundreds of farmers had to watch flowers grown for the peak Valentine's Day period rot because they could not be transported to cities.

"No new garment factories have opened, and farmers are not getting fair prices for their crops," said economist Ahsan H Mansur.

"The poor are the worst hit as they don't have savings to ride out bad times."

The enmity between Prime Minister Sheikh Hasina and Zia stretches back decades and Bangladesh is no stranger to political unrest.

But experts fear the current stand-off could turn into a prolonged conflict, jeopardising the economic strides forward that the country has taken in recent decades.

Poverty rates have fallen from 59 percent in 1991 to around 25 percent last year as the country has emerged as a top garment exporter, while growth has averaged a healthy six percent over the last 12 years.

The boom led millions of people to migrate to the cities for work, while the resulting decline in the availability of labor pushed up rural wages and brought prosperity to many villages.

University of London economist Mushtaq Husain Khan said there was a danger Bangladesh could emulate Pakistan's spiral into long-term political instability and poverty.

"These are long run processes of decline, but once started they cannot be easily reversed," he said.

"The challenge for civil society and the international community is to ensure that we do not progress any further in that direction."

Experts say there are already signs of workers leaving the cities because of job cuts in hotels, restaurants and construction.

Domestic tourism has been particularly hard hit, with many hotels in the southeastern resort town of Cox's Bazar laying off staff because people are unable or unwilling to travel.

Holiday resorts on the outskirts of Dhaka that usually do a brisk trade in the cooler winter months have also suffered a sharp down.

"Last year we were fully booked months before the winter. But this year all the corporate bookings have been postponed," said Sujan Sheikh, manager of the Chhuti resort.

Even Dhaka's sex industry has been affected, as residents avoid going out after dark for fear of being caught in a petrol bomb attack or arrested.

"We have never had such a tough time before," says 24-year-old transsexual sex worker Khushi, who like many Bangladeshis goes by only one name.

Construction worker Rajesh Chand is planning to leave Dhaka and return home to the coastal town of Bakherganj after his income more than halved from 16,000 taka to 3,500 taka a month.

The 52-year-old is no longer able to send any money home to his family or support his son, a student in Dhaka.

"If the violence continues, I may have to stop his education," he said.

"We don't support Hasina or Zia. All I want is peace and work. But both have gone." AFP 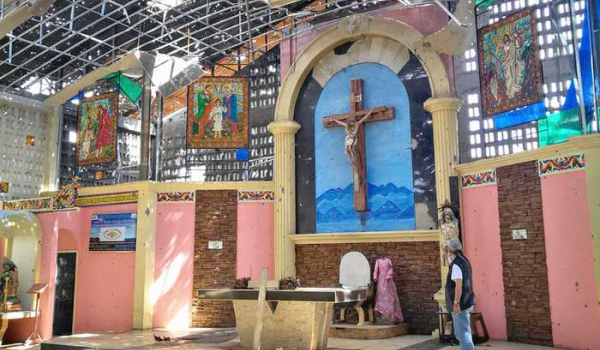