25 years have passed since the Chittagong Hill Tract Peace Accord was signed, but it has yet to be implemented 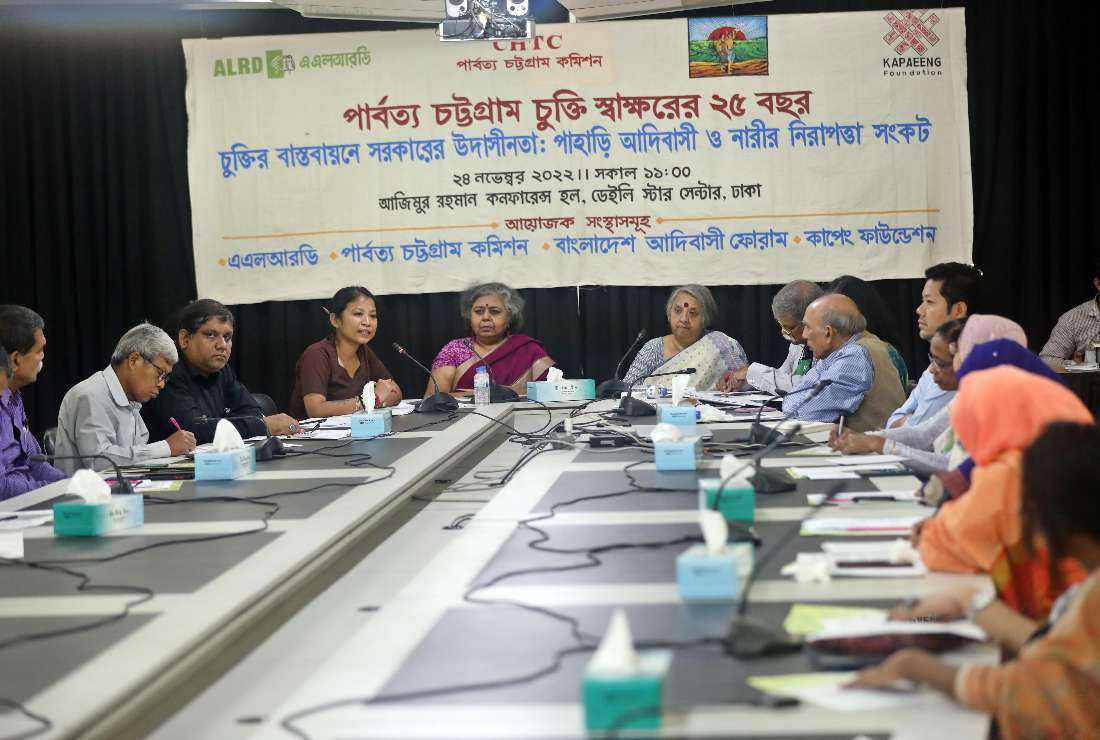 Activists and tribal leaders speak during a roundtable discussion in the Bangladeshi capital Dhaka on Nov. 24 to mark the 25th anniversary of the CHT Peace Accord 1997. (Photo supplied)

Bangladesh government’s reluctance to implement a landmark peace treaty in the restive Chittagong Hill Tracts (CHT) even after 25 years is the main reason behind ongoing violence against indigenous peoples on the hills, tribal leaders and activists say.

“Already 25 years have passed since the Chittagong Hill Tract Peace Accord was signed, but it has yet to be implemented. Instead, the cases of human rights violations are increasing, and the government's indifference is responsible,” said Queen Yan Yan, a human rights defender and adviser to the king of Chakma Circle, one of three administrative divisions of the CHT.

Queen Yan spoke during a roundtable discussion in the capital Dhaka on Nov. 24, ahead of the 25th anniversary of the signing of the CHT Peace Accord on Dec. 2.

"Common forms of abuses include violence against tribal women, vandalism and arson attacks"

“Even though this agreement was signed in 1997 after many discussions, even today after 25 years we have to talk about the implementation of this agreement,” said Khushi Kabir, a member of the International CHT Commission.

The speakers said that human rights violations are rife in hilly areas and common forms of abuses include violence against tribal women, vandalism and arson attacks on tribal homes, false criminal charges against tribal people as well as home raid and harassment of tribal communities. The perpetrators are Bengali Muslims baked by the local administration and security forces.

A recent study by the Kapaeeng Foundation says more than 45 percent of women in the CHT have been subjected to various forms of violence at the workplace or institutional level and 61 percent of them reported that they faced violence in the market area, few in the field, and some in educational institutions.

Last year, 22 tribals were killed in violence in the CHT, and a series of arson attacks targeted tribal houses, the group said.

The rise in violence is mostly blamed on a turf war between armed insurgent groups, arson attacks have occurred due to clashes between Muslims and tribals.

Queen Yan said women and children are most vulnerable to abuse.

“Out of 24 incidents of violence against women and children in the hills in 2021, 11 were rape incidents. The tourism industry is developing in an unplanned manner, where local people are not involved. Again, the risk for women is also increasing.” ‍

The CHT is composed of three hilly, forested southeastern districts — Bandarban, Rangamati, and Khagracchari — bordered by India and Myanmar. The country’s only mountainous region is famed for its natural beauty. It has been the home to more than a dozen mostly Buddhist ethnic tribal groups.

However, since the 1970s, following Bangladesh’s independence from Pakistan, the region has experienced ethnic tensions and violence when a state-sponsored migration program triggered an influx of poor Bengali Muslims from other parts of the country.

The strategic move, observers say, was aimed at demographic change in the tribal-dominated hills in response to a bubbling tribal insurgency for secession.

"No official action has been taken to resettle nearly 80,000 tribal refugees"

The government militarized the region to counter the insurgents, and for more than two decades a bloody bush war between the military and rebels left thousands dead. The fighting ended with the signing of the peace accord on Dec. 2, 1997.

Pallab Chakma, an ethnic Chakma from the CHT and executive director of Kapaeeng Foundation, most tribal people like him who suffered losses due to violence have not been compensated.

“My family was evicted from our homestead three times due to communal attacks. Since the 1990s, no official action has been taken to resettle nearly 80,000 tribal refugees who were evicted like my family,” Chakma said.

Activists like Chakma say most clauses of the peace accord including regional autonomy, land dispute resolution, resettlement, and empowerment of tribal people still remain largely unfulfilled.

An official from the CHT Affairs Ministry earlier told UCA News that the government was sincere about the peace accord and claimed that 48 out of a total of 72 clauses have been fully implemented and 15 causes have been implemented partially.

The JSS, the signatory of the accord, claimed only 25 clauses have been implemented and 29 are still to be implemented.

Following the accord, a JSS splinter group opposed the peace accord and formed the United People’s Democratic Front (UPDF). The armed wings of the two groups have been engaged in blood-splitting rivalry ever since, leading to hundreds of deaths. Both groups experienced further splits in recent years and an uptick in gang wars.

The CHT has an estimated one million people including tribals and Bengali. About 3 percent are Christians, mostly tribal Tripura, Marma, and Baum people. 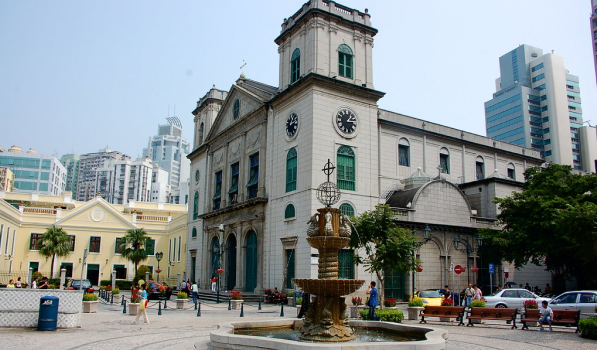