Lawsuit by anti-corruption agency seen by some as 'political revenge' 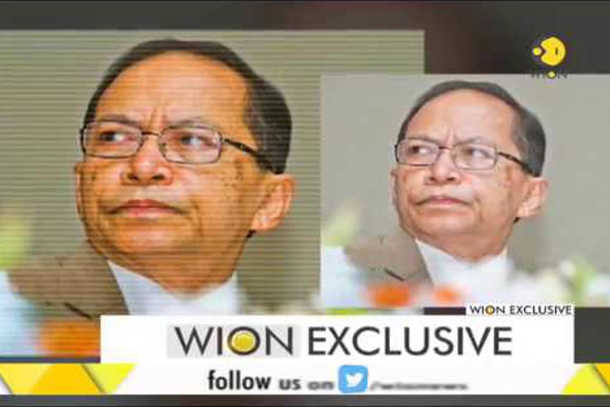 Bangladesh’s Anti-Corruption Commission (ACC) has filed a graft charge against a former chief justice nearly two years after he was allegedly forced to resign and flee the country.

An ACC official filed a lawsuit on July 11 against Surendra Kumar Sinha, chief justice of Bangladesh Supreme Court from January 2015 to November 2017, and 10 others including a former bank executive on charges of graft, money laundering and abuse of power.

Once considered an ally of the ruling Awami League, Sinha fell out with the government over the independence of the judiciary from the executive and legislative bodies.

The situation intensified on July 3, 2017, when a six-member Supreme Court bench headed by Sinha declared “illegal and unconstitutional” a constitutional amendment of 2014 that restored parliament’s authority to impeach and remove Supreme Court judges for misconduct and incapacity.

Sinha faced verbal attacks and street protests from ruling party ministers, leaders and supporters for striking down the amendment.

The attacks escalated after the full text of the verdict was published on Aug. 1 when observations in the judgment termed Bangladesh’s parliamentary democracy “dysfunctional” and described parliamentarians as “immature.”

Sinha left the country for Australia on Oct. 13, 2017, on a month-long medical leave. He tendered his resignation from Canada on Nov. 11.

After his departure, the Supreme Court issued a statement that said other judges accused him of graft and refused to sit with him. It also accused him of 11 charges including money laundering, financial irregularities, corruption,and moral turpitude.

On Sept. 19, 2018 Sinha published an autobiography, Broken Dream: Rule of Law, Human Rights and Democracy, in which he alleged that state security agencies intimidate judges to deliver judgments in favor of the government.

He also claimed that the country’s powerful military intelligence agency DGFI threatened him to resign from his post and forced him to leave the country.

The case of Sinha seems like “political revenge” and is frustrating and frightening for people, said Father Anthony Sen, a member of the Catholic bishops’ Justice and Peace Commission.

“Sinha drew ire when he started criticizing the government and the country’s political culture and fought for judicial independence. His unceremonious forced resignation created fear not only among critics of the government but also among common people,” Father Sen told ucanews.com.

“Because he was once close to the ruling party and then became a critic, the government fears he might continue to speak out on sensitive issues. The move seems a way to silence and tarnish his image,” the priest added.

There are two sides in the latest episode of the Sinha case, according to Badiul Alam, secretary of Dhaka-based civil rights movement Citizens for Good Governance.

“First of all, the case against Sinha might send out a positive message that government has zero tolerance for corruption, no matter how powerful a person is,” Alam told ucanews.com.

“On the other hand, some will see it as a political stroke to silence critics. Personally, I want to see it positively, and I expect the negative aspect to dissolve.”