Bangladeshi Buddhists to give up festivity for Rohingya refugees A Buddhist monk offers gifts to an elderly Muslim woman prior to a fast-breaking evening meal during the Islamic month of Ramadan in this file photo in Kamlapur, Dhaka. (ucanews.com photo)

Share this article :
The Buddhist community in Bangladesh has announced it will downsize an upcoming religious feast to express solidarity with Rohingya Muslim refugees. Hundreds of thousands of Rohingya have fled ethnic violence in majority-Buddhist Myanmar during recent weeks. There are fears that, as in the past, the small Buddhist population of majority-Muslim Bangladesh could be subjected to revenge attacks over the persecution of Muslim Rohingya by Myanmar Buddhists. The United Forum of Buddhists in Bangladesh said on Sept. 18 that Probarana Purnima, the second largest annual Buddhist feast, would be conducted on a smaller scale than usual in order to save money to help Rohingya refugees. Ashoke Barua, the group’s chief coordinator, said the move is also aimed at highlighting atrocities against Rohingyas in Myanmar.
Related News 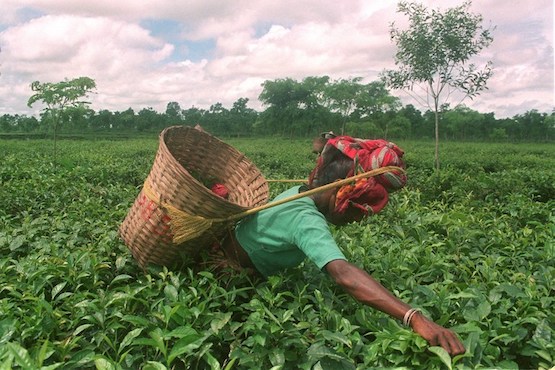 No relief for Bangladesh's most vulnerable communities Barua said the festival this year, which falls on Oct. 5, would curtail a popular ceremony in which Buddhists send into the sky colorful paper lanterns as a symbol of enlightenment. He noted that Buddhists in Bangladesh have sent a "memorandum" to the Myanmar government calling for the protection of Rohingya in Rakhine State.   "No sane Buddhist can support what is being done to Rohingya in Myanmar," Barua said. "Lord Buddha preached peace and humanity, but what they are doing is completely the opposite." Probarana Purnima marks the end of a three-month long seclusion of monks inside their monasteries for self-edification and atonement. On Sept. 14, several Buddhist groups joined with 19 minority community organizations to protest 'ethnic cleansing' of Rohingya in Myanmar. In 2012, sectarian attacks in Rakhine on Rohingya sparked anti-Buddhist violence in the Buddhist-majority Cox’s Bazar and Chittagong areas of Bangladesh. More than 100 houses and 19 temples were burned. Local media have reported that Islamic extremists in Bangladesh are now threatening new revenge attacks on Cox’s Bazar and Chittagong Buddhists. Monk Shuddhanada Mohathero, based in Bangladesh’s capital Dhaka, said as a Buddhist he is ashamed and saddened over the "uncivilized" murdering of Rohingya in Myanmar. "I appeal to the Myanmar government to stop violence, to restore peace and make efforts to take Rohingya back," Mohathero, who is president of the Bangladesh Society for Promotion of Buddhist Culture and Traditions, told a local newspaper. "Myanmar’s is a big country and I don’t accept that a minority group like Rohingyas cannot be accommodated and allowed to live in peace and harmony." He said that by failing to defend Rohingya, Myanmar's de facto leader Aung San Suu Kyi was bringing dishonor to her Nobel Peace Prize and tainting Buddhism globally.