The decision is a massive violation of the right to education, says Human Rights Watch 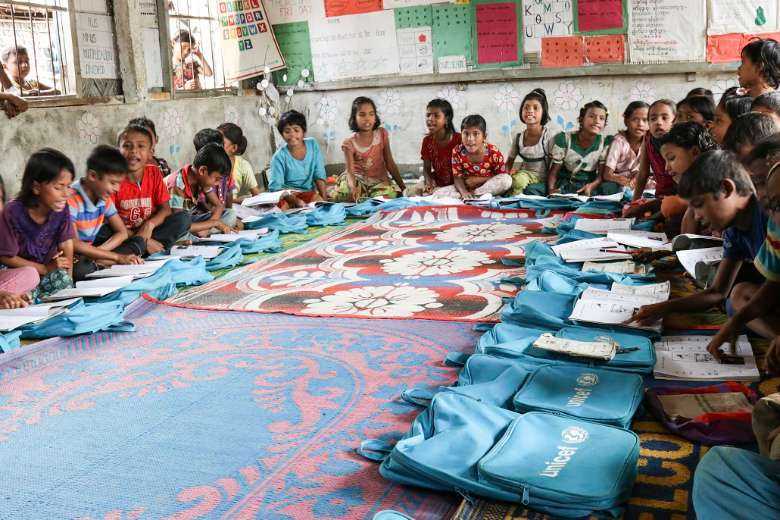 A leading human rights agency has slammed the Bangladesh government’s decision to close schools in Rohingya camps, calling the move a cruel and massive violation of the right to education.

The decision was issued on Dec. 13 by the Refugee Relief and Repatriation Commissioner (RRRC) regarding refugee camps where about 400,000 school-age children are confined, ‍according to a statement issued by Human Rights Watch (HRW) on Dec. 18.

Several educational institutions have already been shut down following calls by the Bangladesh government to close community-based and home-based schools — a move the New York-based rights organization has labeled a massive violation of the right to education.

“Bangladesh’s decision to close schools for Rohingya refugee children violates the right to education on a massive scale,” said Bill Van Esveld, associate children’s rights director at HRW. “This cruel decision should be immediately reversed so that Rohingya children can get an education, which will be especially critical for their return to Myanmar when it is safe to do so.”

Following a massive scale-up at the start of the response, education sector partners currently provide services through more than 6,000 learning centers.

If the government thinks that some ideology is being pushed which is harmful to the country, then these schools can be placed under surveillance

A 30-year-old Rohingya teacher, who runs a community school with 60 students in Cox's Bazar refugee camp, said an RRRC official visited on Dec. 13 and forbade him to run the school.

“I used to teach primary education in the Myanmar language in my school but I don't know why the Bangladesh government took such a decision. If our children are not educated, then their prospects will not improve,” the teacher told UCA News on condition of anonymity. He has been running his school for the last year without payment from any organization.

Rohingya leaders say the government has taken this decision because of the recent anarchy and conflicts in Rohingya camps. But they are campaigning to stop the closure of community-based schools.

A Catholic Church leader said the closure of community-based schools was not a solution to problems at camps but would further alienate the Rohingya.

“Home-based and community-based schools should not be closed. If the government thinks that some ideology is being pushed which is harmful to the country, then these schools can be placed under surveillance. Because many are teaching voluntarily, it is not bad,” Holy Cross Father Liton Hubert Gomes told UCA News.

“The Rohingya are entitled to the right to education and if they are deprived of this right, then it can be as harmful for them as it is for us,” added Father Gomes, secretary of the Catholic bishops' Justice and Peace Commission.

RRRC additional commissioner Mohammad Shamsud Douza said they are not closing any schools but are ensuring there is a uniform education system in the refugee camps.

“Many educational institutions have grown up in the camps, such as madrasa schools. We are closing these. We want a universal education system,” Douza told UCA News.