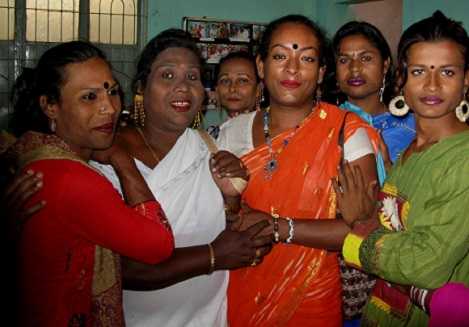 Transgender people are among the most marginalized in Bangladesh

Bangladesh’s transgender community can now call themselves a third and ‘separate gender’ after the cabinet on Monday approved a law officially recognizing their status.

The move will provide thousands of people across the country with basic rights that were previously denied them including education and housing, a government official said.

“From now on, they can use the word Hijra [eunuch] as their gender, both in Bangla and English, anywhere it is required, including passport applications,” Cabinet Secretary Mosharraf Hossain told reporters in Dhaka.

“Hijras are one of the most marginalized people in the country and the government wants to end all forms of discrimination against them,” he said.

The Social Services Ministry says there are about 10,000 transgender people in the country. However, unofficial estimates put the number at 150,000.

Official recognition holds special significance for the community in Bangladesh, a conservative Muslim-majority nation where transgender people are generally looked down upon or seen as comical.

For decades, Hijra people have been deprived of any social role, forcing them to eke out a living as exotic dancers or sex workers.

Some receive a 300 taka (US$4) monthly allowance from the government, while the majority lead secret lives to escape ostracism.

Following campaigns by rights groups, the government granted voting rights to Hijras in 2008, but the issue of gender identification which is required for Bangladeshi citizens to get education, employment and other benefits were denied them.

Government recognition will change the lives of Hijras forever, says Boby Hijra, director of Sushtho Jibon (Healthy Life), a welfare organization that has worked with the transgender community for more than two decades.

“For years, Hijra people have been disowned by society, even by their family members. Their rights to live as human beings were denied,” she said.

“We hope government recognition will help us live a decent social life and change the attitude of the majority who don’t consider us as human beings.”