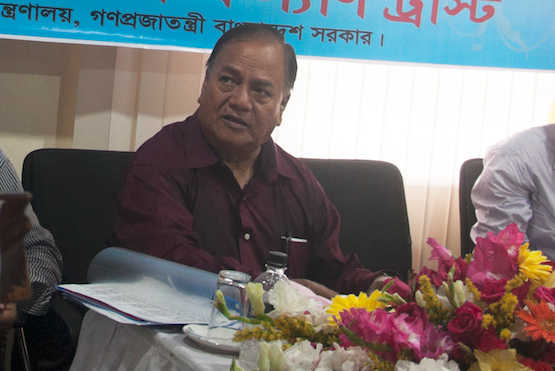 Promod Mankin, a Catholic from the indigenous Garo community was the most prominent Christian politician in Muslim-majority Bangladesh. Mankin died on May 11 after a long battle with illness at the age of 77. (Photo by Stephan Uttom)

Bangladesh is mourning the death of leading Christian politician Promode Mankin, the state minister of Social Welfare who died at a hospital in Mumbai, India on May 11 following a long battle with diabetes and lung problems. He was 77.

Mankin, a Catholic from the indigenous Garo community, was the most prominent Christian politician in Muslim-majority Bangladesh where Christians account for less than half a percent of 160 million people.

He leaves behind a wife, one son and five daughters.

Born April 18, 1939 in Netrokona district, now part of northeastern Mymensingh Diocese, Mankin served as a guerilla fighter against the Pakistan army during Bangladesh’s war of independence in 1971.

He started his professional life as a teacher in a church-run school. He later pursued a career in law and development activities.

He worked as Mymensingh regional director for Caritas, the social service agency of the Catholic Church from 1987-1990.

In 1991, he joined the center-left Awami League party, and was elected an MP that same year. He served as deputy minister for Cultural Affairs from 2009-2012 and was minister of Social Welfare from 2012 to until his death.

In 1990s, Mankin helped set up the Tribal Welfare Association, a tribal rights and social forum empowering indigenous communities in Mymensingh, Dhaka and Sylhet regions. He was the current president of the organization.

He had also served as president of the Bangladesh Christian Association, the largest Christian social forum since 2003.

Mankin’s body was to be flown to Dhaka on May 12 ahead of a special requiem Mass at St. Mary’s Cathedral Church in the city.

He will be buried at St. Elizabeth Church in Haluaghat, Mymensingh, his home parish, on May 13.

"He fought for rights of the downtrodden, be they religious minorities like Christians or ethnic minorities like the Garo people. He always loved people, thought about the development of society and this made him a good leader," said Father Chiran, parish priest of St. Leo’s Church in Sherpur district.

Mankin’s decision to join politics was not for money or honor, but to serve people, the priest said.

His death is an "irreparable loss" for the Christian community as well as the people of this country, said Nirmol Rozario, secretary-general of the Bangladesh Christian Association.

"He was an honest and dedicated person, who accomplished his duties sincerely wherever he worked," Rozario told ucanews.com.

Mankin’s political life is a "great source of inspiration" for many, he said.

Protestant leaders lauded Mankin for his efforts in promoting harmony among Christian denominations in Bangladesh.

"He was a good Christian who never categorized Catholics and Protestants separately. He worked for all, not only for social causes, but these were expressions of love from his heart and faith in Jesus," said Reverend David A. Das, secretary of the National Council of Churches in Bangladesh, an inter-church forum.

"He just didn’t offer good advice as a guardian and guide, but also joined us in the streets to demand rights," he added. 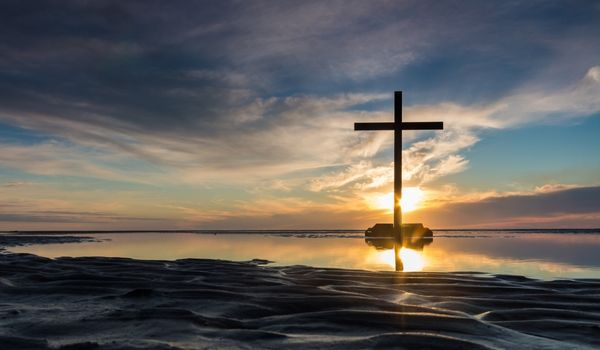