Bangladesh's parliament, seen in this file photo of 2011, has been at loggerheads with the country's judiciary. (Photo by Rock Ronald Rozario/ucanews.com)

A senior Church official decried a Bangladeshi constitutional provision barring lawmakers from a political party from voting against a party decision or motion as undemocratic and contrary to the constitutional right of freedom of expression.

“All citizens including parliamentarians are entitled to have freedom of expression, but Article 70 of our constitution bars them from practicing their constitutional rights. The provision is undemocratic and should be reviewed for amendments,” Theophil Nokrek, secretary of the Catholic Bishops’ Justice Peace Commission, told ucanews.com.

Nokrek was reacting to Jan. 16 split orders from a High Court bench in response to a petition challenging the legality of the provision.

Under Article 70, incorporated in the country’s original charter in 1972, lawmakers lose their seats in parliament if they vote in the House against the party that nominated them.

Yunus Ali Akand, a Supreme Court lawyer, filed a petition on April 17, 2017, seeking court directives asking why the provision should not be declared unconstitutional.

Senior High Court justice Moyeenul Islam Chowdhury asked why the article should not be declared unconstitutional. Justice Ashraful Kamal, the other judge, dismissed the petition.

The chief justice should now form a new bench for hearing the case and giving a verdict.

Bangladesh’s parliament and judiciary have been at loggerheads over the separation and independence of the judiciary from the executive body since 1999.

The power battle continued until July 3 last year when the former bench led by Chief Justice S.K. Sinha dismissed the 16th amendment to the constitution that empowered parliament to impeach and remove Supreme Court judges for their misconduct or incapacity.

Sinha faced a massive political backlash following the verdict and was forced to resign on Nov. 11. The post of chief justice still remains vacant. 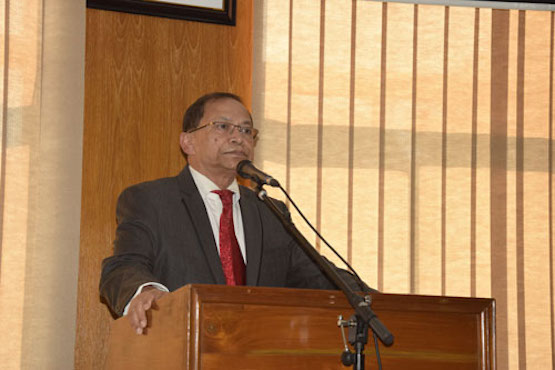 Nokrek says it is unlikely the judges would anger a political government further.

“After the departure of Sinha, a panic situation gripped the Supreme Court. Senior judges are likely to remain silent to save their posts and also to get the chance to become chief justice. I suspect the case will finally be dismissed,” he added.