People die because they ignore symptoms for too long, doctor warns 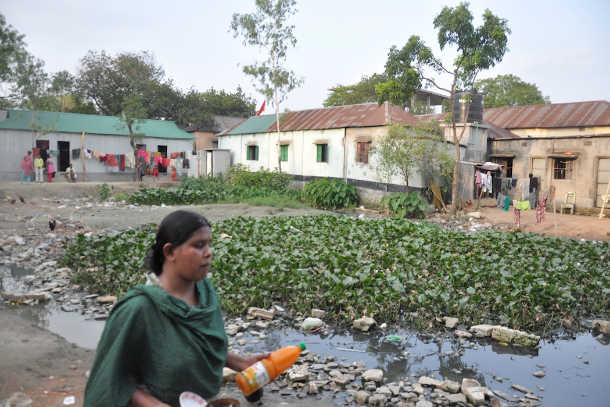 A woman walks past a stagnant pond at Savar suburb of Dhaka in this file image taken on May 1, 2013. Heath experts blame unplanned urbanization and industrialization and unhealthy living conditions in cities and semi-urban areas for rise in vector-borne diseases including Dengue fever in Bangladesh. (Photo by Stephan Uttom/ucanews.com)

Bangladeshi authorities and health experts are grappling with a record increase in dengue fever cases and subsequent deaths.

This year, about 7,450 cases of dengue infections and 17 deaths were reported in Bangladesh, according to the state-run Institute for Epidemiology, Disease Control and Research (IEDCR).

The figure is alarmingly higher than last year when 2,769 cases and eight deaths were recorded. Most reported cases were in urban and semi-urban areas.

Dengue outbreaks normally begin with the start of the monsoon in June and end in September.

However, the 2018 outbreak is still unfolding with what has been a prolonged monsoon season.

Health officials described this year's dengue outbreak as the deadliest since relevant detailed records started being kept 18 years ago.

There are four different types of dengue infections and the real total of suffers would be considerably higher than the official figure, she noted.

"Dengue cases are reported when people get admitted to hospital with severe symptoms," Dr. Shirin said, adding that many cases were simply not reported.

"Sometimes, we see people assigned by city corporations spraying areas to kill mosquitoes, but it is useless," Rozario told ucanews.com.

"Unless you make an area clean and devoid of breeding grounds for mosquitoes, only spraying yields no result.

Usually, patients have symptoms of dengue infections three to two weeks after being bitten by one or more mosquitoes.

Symptoms can include high fever, headache, vomiting, muscle and joint pains as well as skin rashes, according to the World Health Organization.

An estimated 390 million people worldwide have Dengue infections per year, according to WHO, with at least 3.9 billion people at the risk of infection from dengue viruses.

Doctor Abdullah Al-Omasum, who is based at a Bangladesh university, warned that the different types of dengue pose a grave danger.