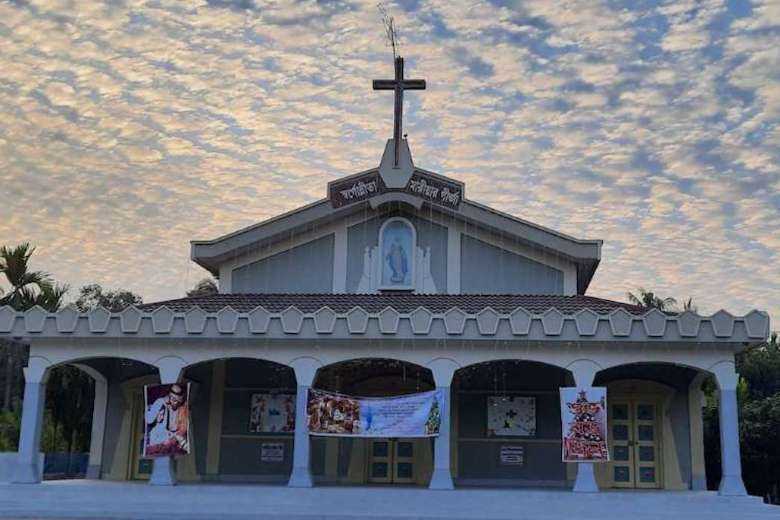 Churches in Bangladesh have been closed for a long time due to the deteriorating Covid-19 situation. (Photo: Stephan Uttom/UCA News)

The Church in Bangladesh has kicked off a diocesan-level synodal process for clergy, religious and laypeople, with bishops claiming the consultations will help local churches become truly participatory and inclusive.

A campaign is underway in churches to make the faithful aware of the synodal process and what Pope Francis aims to achieve from the Synod of Bishops on Synodality in Rome in October 2023.

“We have discussed how the theme of synod communion, participation and mission have relevance and practicality in our Church,” Bishop Tudu, chairman of the Catholic bishops’ Commission for Evangelization and Promotion of Pontifical Mission Societies, told UCA News.

The prelate said a diocesan team has been formed that will visit all parishes to get feedback from Catholics on how the Church can be more participatory. A special logo has been unveiled and synodal prayer cards have been distributed in parishes.

“Priests will visit every village, talk to the people including youth, men and women, listen to their demands and submit a report,” Bishop Tudu added.

A document stating the main points of the synod has been prepared and it explains what synodality is, why it is needed and what the pope really wants

Dr. Benedict Alo D’Rozario, president of Caritas Asia and a participant, noted the synodal process will have significant impact on building up a cohesive Church in Bangladesh.

“A document stating the main points of the synod has been prepared and it explains what synodality is, why it is needed and what the pope really wants. It is being distributed at grassroots level to raise awareness among the faithful so tha they can understand how they can journey together in the process,” D’Rozario told UCA News.

A seven-member team has been tasked to visit every parish and listen to people including those who don’t go to church anymore. “We will listen to their expectations and suggestions and we will make a report,” he added.

Sylhet Diocese, which is a home to ethnic minority Catholics, is to begin the synodal process on Oct. 31.

"We will unveil the logo of the synodal process on Oct. 31," the diocese’s newly installed Bishop Shorot Francis Gomes told UCA News, adding that a five-member team has been formed to coordinate work.

Bishop Gomes said the diocese faces enormous challenges in making the synodal process a success as local Catholics are mostly poor, lack education and largely depend on the Church’s support.

“Despite the challenges, we are trying to ensure their participation as much as possible so that their voices are heard and reflected. For decades these ethnic communities have been deprived of state support for development, so they have developed an inferiority complex that also affects the Church. We are making efforts to break these barriers,” the prelate added.

Meanwhile, a Catholic teacher in Dhaka expressed doubts whether the pope’s efforts for a truly participatory and inclusive Church will pave the way for the empowerment of laypeople.

“It is true church authorities listen to laypeople when they speak up, but real steps for their empowerment are still missing,” the 52-year-old Catholic, who spoke on condition of anonymity, told UCA News.

“The participation of laypeople in the local Church is mostly ceremonial and they are not part of policy-making. Our Holy Father is serious about empowering the local Church and I hope our leaders will make efforts to prioritize laypeople at all levels.”