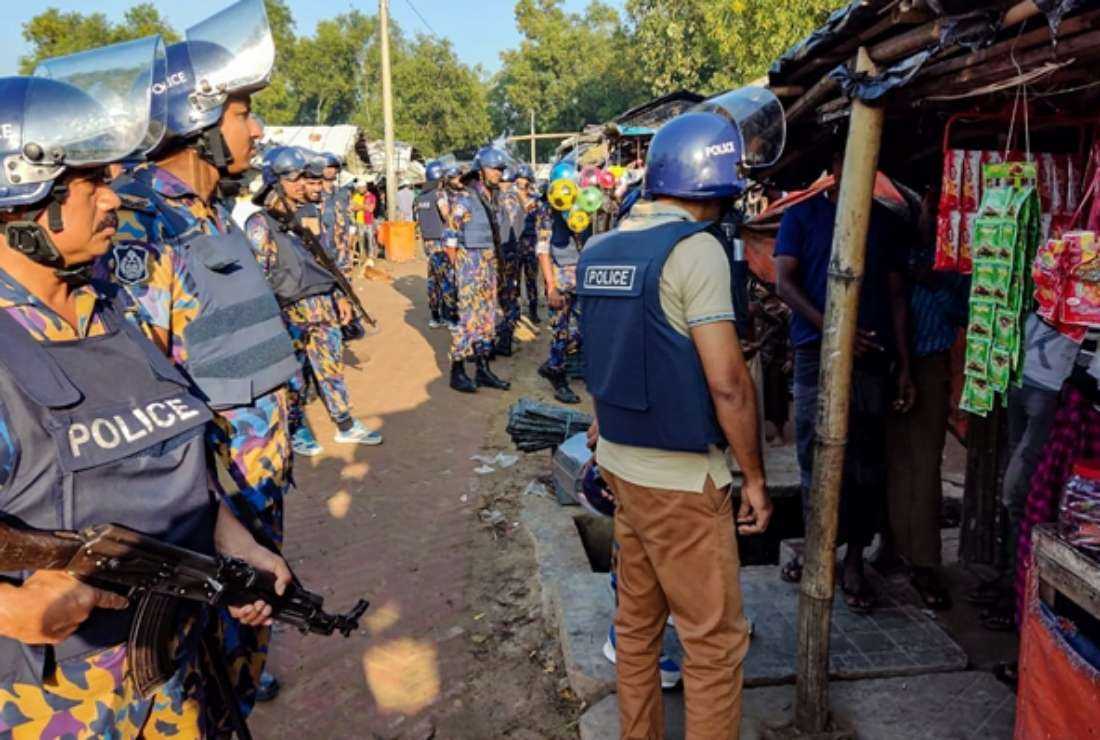 Bangladesh police stand guard during a crackdown against suspected criminals and insurgents in a Rohingya refugee camp in Ukhia in this handout photograph taken on Oct. 28. (Photo: Bangladesh Armed Police Battalion (APBN/AFP)

Bangladesh's main military intelligence agency has charged the leader of a Rohingya insurgent group and more than 60 others over the murder of an intelligence officer this month, police said Sunday.

Ataullah Abu Ammar Jununi is the founder of the Arakan Rohingya Solidarity Army (ARSA), which is fighting for an independent homeland in Myanmar's Rakhine state for the much-persecuted Rohingya Muslim community.

Almost a million of the stateless Rohingya minority live in squalid conditions in overcrowded refugee camps in Bangladesh's southeast after fleeing violence and discrimination in neighboring Myanmar.

A team of elite Bangladeshi police conducted an anti-drug raid at one of the camps on November 14.

Police said Rizwan Rushdie, a senior officer the of Directorate General of Forces Intelligence, was shot and then hacked to death by alleged ARSA members. A Rohingya woman was also killed in the raid.

"Ataullah was there during the attack," police inspector Mohammad Shahjahan told AFP. "He is the chief accused in the murder."

A total of 31 others, including ARSA members, were also charged with murder, he said, along with at least 30 unidentified attackers.

It is the first time that Ataullah has been charged with any offense by Bangladeshi authorities, but he has been implicated in other killings.

ARSA has been accused of assassinating political opponents, running narcotics and instilling a climate of fear in the camps.

A series of ARSA attacks against Myanmar security posts in 2017 prompted a brutal crackdown by the military that forced hundreds of thousands of Rohingya to flee to Bangladesh.

Ataullah was also accused of masterminding the murder of Mohib Ullah, a top Rohingya civilian leader, in September 2021.

ARSA has repeatedly denied the allegations on its Twitter account, saying it has only been working "for reinstating the legitimate rights of Rohingya". 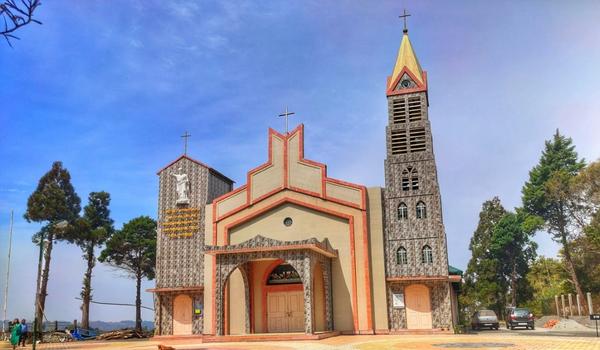