Ban upheld for marriage between Bangladeshis and Rohingya 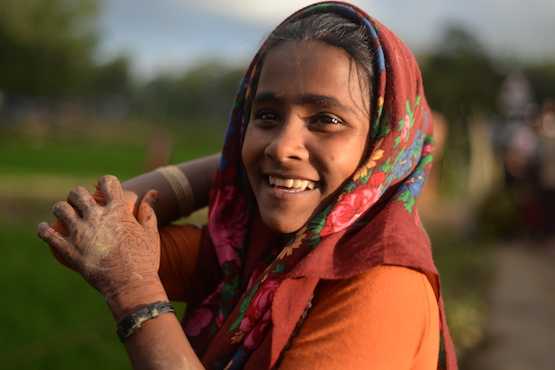 The Bangladesh High Court has upheld a law that bans marriage between Bangladeshi nationals and Rohingya refugees from Myanmar, triggering a mixed response from refugees, locals and rights advocates.

A High Court bench on Jan. 8 dismissed a legal challenge against the ban from a father whose son married a Rohingya woman in a Muslim ceremony last September despite the legal ban but the practise has raised fears of human trafficking.

Babul Hossain defended his son’s marriage and challenged the law in the country’s top court on Dec. 31.

His plea to protect his son from arrest was also rejected by the court.

“As a citizen of Bangladesh, I will abide by the country’s law and respect the court’s decision, but I won’t give up fighting to save my son. After consulting my lawyer, I will appeal against the ruling and accept whatever the court finally decides,” Babul Hossain told ucanews.com.

Muhammad Noor, 48, a Rohingya community leader at Kutupalong refugee camp in Cox’s Bazar, said he does not support marriage between Bangladeshis and Rohingya as it complicates the lives of refugees.

“The court is 100 percent right and I support the law. We fled our home to this country to escape persecution and we want to go back home one day. If Rohingya marry Bangladeshis, they won’t be able to return and it will make our lives worse,” said Noor, who came to Bangladesh in 2008.

“Rohingya can be identified as stateless, refugees and infiltrators, so marriage for them outside their community is a bit critical. Our constitution allows marriage between Bangladeshis and foreigners, so the law in fact curtails the constitutional rights of citizens and the court supported it,” Khan told ucanews.com.

Motahar Hossain, the state prosecutor who defended the law’s legality, said the law and the court’s decision were right.

“According to a provision of the Foreigners Act, citizens are barred from marrying people from ‘special areas’ and it’s a punishable offense. The court dismissed the petition as there is nothing wrong with the law,” Hossain said.

Theophil Nokrek, secretary of the Catholic bishops' Justice and Peace Commission, said freedom of marriage is a universal human right but the Rohingya case is different due to its sensitivity.

“Some Bengali people are exploiting the situation and we came to know some lured Rohingya to marriage to sell them to human traffickers and for the sex trade. Maybe the decision is right for now, but when things get normal the decision might be reviewed,” Nokrek told ucanews.com.

The government formulated the law in 2014 that seeks to prevent what are now nearly a million refugees in the country from marrying Bangladeshis. It followed media reports that the persecuted minority was trying to use marriage as a backdoor way to obtain citizenship in the Muslim-majority country.

Anyone who marries a Rohingya faces up to seven years in jail. The law also stipulates a two-year jail term and the loss of their license for marriage registrars who officiate civil unions between Bangladeshis and Rohingya.