Book charts Japan's role in the rise of the Khmer Rouge, Viet Cong and Pathet Lao in Southeast Asia 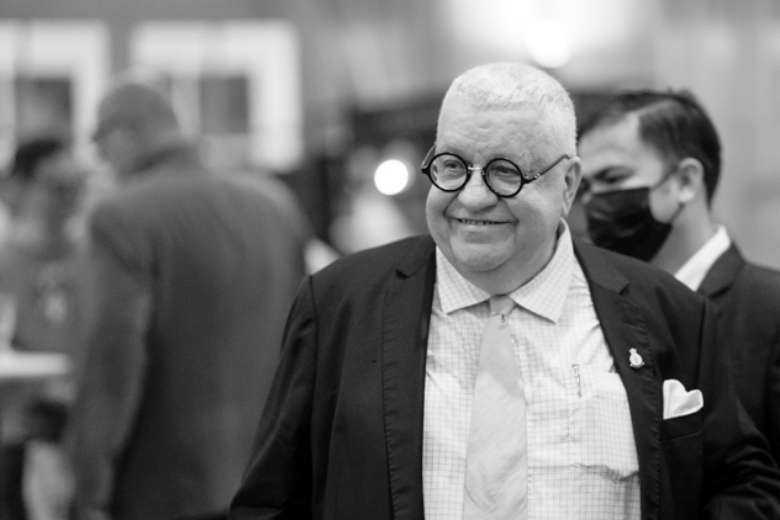 For decades author Thierry de Roland Peel was spellbound by stories his grandparents told of how their family, and their dog named Mephisto, survived the slaughter in Saigon as World War II was drawing to its close in 1945.

Hitler had been defeated and the Japanese realized they had lost. In Japanese-occupied Southeast Asia, local communists were attempting to assert independence with Tokyo’s encouragement before the inevitable arrival of the British and French.

“Before the Japanese surrendered, it was total confusion, disorientation. There was no security and Saigon was ripe for trouble,” said De Roland Peel, author of Ashes from Annam: A Mother’s Tale. “Nobody knew what was going on or who was in charge.”

He says very little has been published about the southern Vietnamese city — now known as Ho Chi Minh City — at that point in time but the political machinations that evolved did culminate in civil wars which would last for decades.

“The Khmer Rouge in Cambodia, the Viet Minh in South Vietnam and the Pathet Lao in Laos all had their start in what happened back then,” said De Roland Peel, whose family roots in Indochina date back to the 19th century.

Central to Ashes from Annam is De Roland Peel’s French-English parentage — his mother Josette and her parents Emanuel and Germaine.

“Mum kept very very quiet about what happened throughout her life. But my grandparents were a grand source of information”

Their family villa in Saigon was caught in the crossfire as the frontlines changed repeatedly after the Japanese ended the Vichy French administration in March 1945 and began arming pro-independence groups.

“Mum kept very very quiet about what happened throughout her life. But my grandparents were a grand source of information,” he said while toying with a double nip of single malt at the Raffles’ Elephant Bar in Cambodian capital Phnom Penh.

De Roland Peel also put in a considerable amount of research and fact checking with official archives, helped by a cousin who had written a diary during the war.

Daily life was as spartan as it was dangerous and their only link to the outside world was Mephisto, a lively Groenendael who delivered secret messages hidden in his collar to sympathizers within the French colonial community.

Hundreds of families were earmarked for slaughter by the Viet Minh, communist insurgents who would become known as the Viet Cong during the 1960s and 70s.

He said women and children had their throats slit and in many cases were buried alive by the Japanese-backed militias demanding independence from France before the allies could re-establish the pre-war colonial order.

“The Viet Minh buried children alive in front of their parents, and vice versa,” said De Roland Peel. “Women were raped. They skewered men and women with bamboo poles — like pigs in a market — and continued poking them to death.”

The massacres lasted for more than six months and the family were forced to move into a compound with other foreigners after a Japanese general commandeered their villa.

"Communists don’t believe in religion or religious people. Churches had to be destroyed — that was their mindset”

“He was a very well-known priest because he was based at the Cathedral of Saigon. If people were in trouble, he would be there to help,” De Roland Peel said.

“Of course, as soon as the Viet Minh were in charge, he was top of their list to be killed and he was dragged through the streets of Saigon by his feet. Communists don’t believe in religion or religious people. Churches had to be destroyed — that was their mindset.”

His death also sparked fears of reprisals, so the Vietnamese communists began arresting French civilians and those of mixed blood while Vietnamese looters targeted colonial businesses, culminating in the Herault Massacre when more than 300 Europeans were killed.

The British, under General Douglas Gracey, arrived later that month and attempted to restore some kind of order, but the situation was further complicated when he rearmed Japanese soldiers and used them to suppress the communists they had backed.

“My family survived through faith, hope and charity, and Mephisto was an unexpected bonus. My parents were allowed to keep Mephisto, which was a surprise, when they moved into the compound and he kept ferrying messages with outside contacts," recalled De Roland Peel.

“That included words of encouragement and advice like ‘stay put’ and ‘don’t move.’ They were also told the Japanese were digging fox holes in the garden and had found the family’s jewelry — buried under a tree in a silver Cambodian-made jewelry box.”

"Wars are great tragedies that leave their mark on the generations to come. Eight decades ago my mother witnessed this and we are seeing it again today in Ukraine"

Gracey was soon joined by the Free French General Jacques Philippe Leclerc and gradually Saigon was brought under control and foreign civilians were ordered home.

“When the French evacuated, there was one man wandering around the deck of the ship naked. He had gone mad, lost his mind, lost his children, lost everything he had,” De Roland Peel said. “It was a great tragedy.”

Following the end of World War II, the family moved to Ceylon (now Sri Lanka), where De Roland Peel was born and another civil war was unfolding, and then to Britain, where he spent three years in the British military before embarking on a career in finance.

Over the past 30 years, De Roland Peel has worked as an investor in Cambodia following a request from King Norodom Sihanouk — extended through his mother — to help in post-war reconstruction, which began after long-running civil wars ended in 1998.

De Roland Peel notes that the legacy of the tumultuous events that his family survived all those decades ago are still being played out to this day in Phnom Penh, where an international tribunal is winding down after securing convictions for war crimes committed by the Khmer Rouge.

“Wars are great tragedies that leave their mark on the generations to come. Eight decades ago my mother witnessed this and we are seeing it again today in Ukraine,” he said.

* Luke Hunt is the author of the Punji Trap, Pham Xuan An: The Spy Who Didn’t Love Us.