After years of planning, Vatican approval and listening sessions, the first of two Plenary Council assemblies will be held A worker walks past a church in the Burwood suburb of Sydney amid the coronavirus pandemic. (Photo: AFP)

As part of the listening and dialogue phase of the Australian Catholic Church's Plenary Council, 220,000 Australians answered the question, "What do you think God is asking of us in Australia at this time?"

In 2015, Australian Archbishop Mark Coleridge was asking himself something similar. Australia was in the midst of a government-mandated investigation into sexual abuse in the church. Australian Catholics were leaving the church.

The Brisbane archbishop was at the Vatican, attending the Synod of Bishops on the family. It was there he had an idea that "seemed to me at the time and still seems to me the work of the Holy Spirit."

"For the first time -- certainly at a Roman synod -- I saw discernment in action," Archbishop Coleridge wrote earlier this year. "It was messy and unpredictable; at the halfway mark it looked very unlikely that we would achieve anything worth achieving. Yet at the end we did produce something which wasn't the last word, but which was a real contribution to the ongoing journey of the church.

"Part of why that synod succeeded when failure threatened was the speech on synodality given by Pope Francis in those last days of the gathering," he wrote. It was when listening to the pope that he thought, "Yes, now finally is the time for the church in Australia to move toward a plenary council."

Archbishop Coleridge returned to Australia and discussed the idea with others. After years of planning, committee work, Vatican approval and -- perhaps most importantly, listening sessions -- the first of two Plenary Council assemblies will be Oct. 3-10.

Through the Plenary Council, we are being called to consider how we can be a church that goes out to the peripheries

Synodality is a buzzword these days in Catholic circles, and it is at the heart of the Plenary Council. Pope Francis has announced a 2023 Synod of Bishops on synodality, the preparations for which kick off near the end of the Australian assembly.

In a virtual meeting Sept. 21 with members of his international Council of Cardinals, Pope Francis insisted the upcoming Synod of Bishops on synodality "is not so much about deeper reflection on this or that theme as it is about learning a new way of living as church," said Matteo Bruni, director of the Vatican press office.

The pope, he said, insisted the church must adopt a style "marked at every level by mutual listening and by a pastoral attitude, especially when faced with the temptations of clericalism and rigidity."

During the Australian government inquiry into abuse, clericalism was often blamed for decades of covering up abuse cases. 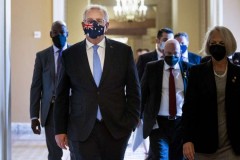 The government investigators' call for a change of culture was echoed by Catholics participating in the Plenary Council's listening sessions.

"So much of what we heard during the council journey related to this concept of 'conversion' -- personal conversion, communal conversion and institutional conversion -- with an ever-deeper renewal in Christ," said Perth Archbishop Timothy Costelloe, Plenary Council president. "Through the Plenary Council, we are being called to consider how we can be a church that goes out to the peripheries, that welcomes all into our communities and shows the face of Christ to the world."

"Our understanding is that this is the first time laypeople have been members of a plenary council," he told Catholic News Service Sept. 20.

Abraham said each diocese and eparchy, depending on size, was allowed to send anywhere from 1-4 people who "may be called." When organizers were allowed to increase those numbers, they looked for underrepresented groups, such as younger women and members of migrant communities and ecclesial movements.

How might the church in Australia meet the needs of the most vulnerable, go to the peripheries, be missionary in places that may be overlooked?

On most mornings from Oct. 4 to 9, all 279 Plenary Council members will meet in a large group -- at least virtually -- for Mass, prayer and formal proceedings. In the afternoon, they will join smaller virtual groups to discuss one of 16 questions developed as a result of the listening and dialogue phase of the council. The small-group discussions will be summarized and submitted in a report the following day during the large morning session.

Abraham told CNS the Oct. 7 session will be slightly different, because "there is an understanding that seven hours online for seven days in a row" is difficult.

Oct. 7 will include much offline time for people to pray and discern over two questions: "How might we heal the wounds of abuse, coming to see through the eyes of those who have been abused?" and "How might the church in Australia meet the needs of the most vulnerable, go to the peripheries, be missionary in places that may be overlooked or left behind in contemporary Australia? How might we partner with others (Christians, people of other faiths, neighborhood community groups, government) to do this?"

The same delegates will meet again -- they hope in person -- July 4-9. Between the assemblies, as pandemic restrictions allow, organizers hope to have a Liturgy of Lament for abuse victims and perhaps meetings with other religious leaders, Abraham said.

Archbishop Coleridge said that after the July assembly, "we will gather up the results of the assemblies and send them to Rome for papal approval, which is to ensure that what has come from the council is in harmony with the doctrine and discipline of the universal church. This will lead to the promulgation of the decisions and decrees of the council," which are binding on the church in Australia.