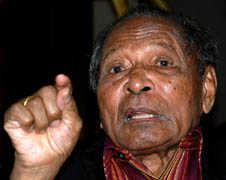 Australia’s Northern Territory has launched the Frans Seda English Language Scholarship program to honor Indonesia’s late Catholic minister who helped strengthen ties between the two countries. “This scholarship honors the great memory of Frans Seda who played an important role in building relations between Australia and Indonesia,” Greg Moriarty, Australia’s ambassador to Indonesia, said in a press release issued on Jan. 7. Franciscus Xaverius Seda, popularly known as Frans Seda, served as plantation minister from 1964 to 1966, agriculture minister in 1966, finance minister from 1966 to 1968 and transportation minister from 1968 to 1973. He died on Dec. 31, 2009, at the age of 83. The ambassador described the former chairman of the Indonesian Catholic Party as a “man of principle” who worked tirelessly to promote the bilateral relations through political, trade, transport, educational, cultural and sport ties. He said Seda was awarded an honorary Member of the Order of Australia for his work in developing bilateral trade links. Each year the scholarships will be awarded to three Indonesian students at Charles Darwin University to improve their fluency in English and to three Northern Territory students to learn Indonesian language. The scholarships, worth AUD$60,000 or approximately 534 million rupiah (US$59,470) over three years, will cover tuition fees for up to 10 weeks of intensive English language training at the university and assist with the study and learning of Indonesian abroad for Australian students based in the Northern Territory. Frans Seda English Language Scholarship program was launched on Dec. 29 last year. Relates report Memoirs chart history of Catholics’ struggles IJ12785.1636