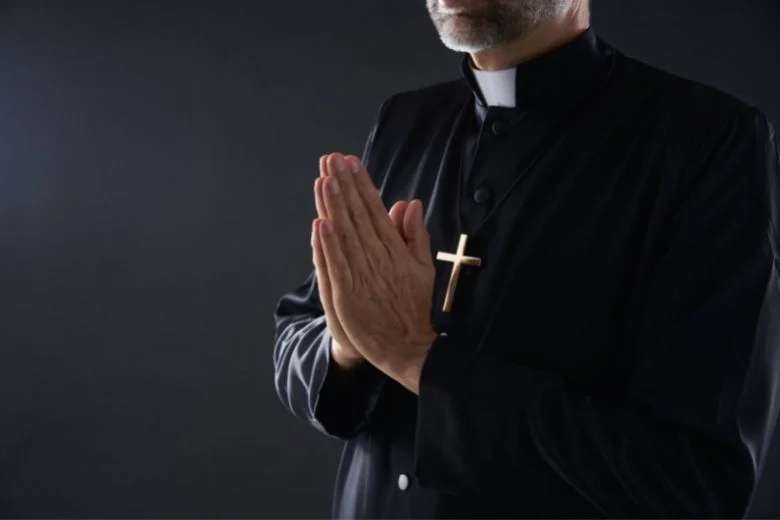 For the first time in Sydney's history, two brothers have been ordained to the priesthood on the same day.

Siblings Daniel and Stephen Drum were ordained May 29 by Sydney Archbishop Anthony Fisher at St. Mary's Cathedral in front of more than 700 people, including 90 of their closest family.

The family's vocations story does not stop there; younger sibling Rosie has been a sister with the Missionaries of God's Love for more than 10 years.

Known to friends as the "Holy Trinity," the spiritual siblings are the beating drums of the Catholic Church in Australia and prove that the family that prays together stays together.

The brothers are both members of the Verbum Dei Missionary Fraternity, an institute of consecrated life whose members hear the word of God and to preach it through various ministries.

The brothers could have chosen many different paths. Stephen was an engineer and Daniel a scientist, but ultimately they arrived at the same place by becoming priests.

Father Daniel and Father Stephen agreed that being ordained together was the happiest day of their lives. They said an ordination comes with incredible graces, but that sharing the moment together was all the more special.

"The one thing that struck us both was the joy from people, not just from our Verbum Dei community but our friends, family, and the parish, they were so excited to see vocations in Sydney," Father Stephen said.

"It has been so chaotic, but the other thing I found surprising was that it all seemed so normal, being ordained and then saying my first Mass just came so naturally. I felt I was exactly where I was meant to be," he added.

Father Daniel agreed, saying their 11 years of formation together culminated in the perfect way in front of so many family and friends.

"Ordination is an incredible grace but to do it with someone you've known your whole life is such a blessing," Father Daniel said.

"Even though our Verbum Dei community is international, it is also very close so it was really lovely to get messages and congratulations from around the world," he said. "I couldn't have asked for a better day being ordained with my brother, it is something very special we will always share."

Archbishop Fisher said the ritual was "one of the most pleasing moments I have as archbishop of Sydney ordaining young men to the priesthood."

"It always gives us great hope, confidence and gratitude to our Lord Jesus Christ to welcome new priests who will help nurture the faith of future generations of Catholics in Sydney and beyond," he said.

Mother of nine, Nola Drum, makes no secret of the fact that she has prayed for more priests, brothers and sisters, but that she had no idea her prayers would be answered quite so close to home. A catechist for more than 30 years, she said all of her children have been raised with Jesus at the center of their lives and today thanks the Holy Spirit for her beautiful family.

She said she doesn't treat her children who have entered religious life any differently than her other six children, but feels incredibly blessed to have three children who have consecrated their lives to God.

"I used to say 'Please, Lord, feel free to take any of them.' ... Little did I know he would take three of them which was such a lovely surprise. Both boys are so very different but seeing them in the same order together really is very special," Nola Drum said.

Describing her priest sons as "a good support for each other," she said that as parents, she and John are "thrilled that not only Dan and Steve but Rosie have answered the call to consecrated life and can share in this together."