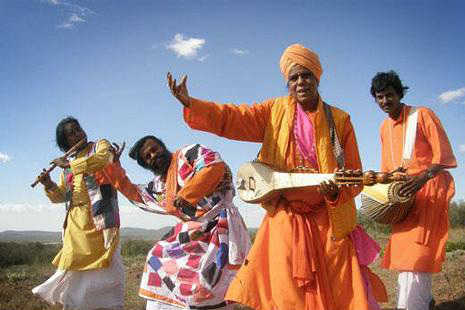 By By Porimol Palma, Dhaka

An Islamist attack on a group of mystic singers known as bauls has outraged Church and rights activists.

A cultural program had to be cancelled after 50 Muslim fundamentalists forced 28 singers to shave off their long hair and moustaches in the village of  Char Ramnanagar in Rajbari district in central Bangladesh. Media reports say the group were egged on by the local imam, the Islamic prayer leader.

The mob forced its way into the home of Mohammad Fakir, one of the bauls, where the  group was performing Lalon songs. The assailants accused the bauls of performing un-Islamic acts.

Mohammad Fakir later filed a case against 13 people in local police station and so far no legal action has been taken.

Mohammad Fakir told reporters that some of the attackers accused them of being Hindus and threatened them with dire consequences if they didn’t stop following Lalon.

Rights activists have demonstrated across the country condemning the assault.

“Such acts are against human dignity and religious freedom,” said Bangladesh-based Indian Jesuit priest Father Srijon Das, a teacher at country’s only Holy Spirit national major seminary in Dhaka. “I can’t accept the attack by the fanatics on bauls because they don’t belong to any religious groups. Humanity is their religion. They are very peaceful and devotion is their motto.”

Bauls, who constitute both a religious sect and a musical tradition, can often be identified by their distinctive clothes and musical instruments. Anyone from any community can join if they adhering to their belief system.

Bauls comprise only a small fraction of the Bengali population, but their influence on the culture of Bengal is considerable.

In 2005, the Baul tradition was included in the list of "Masterpieces of the Oral and Intangible Heritage of Humanity" by UNESCO.