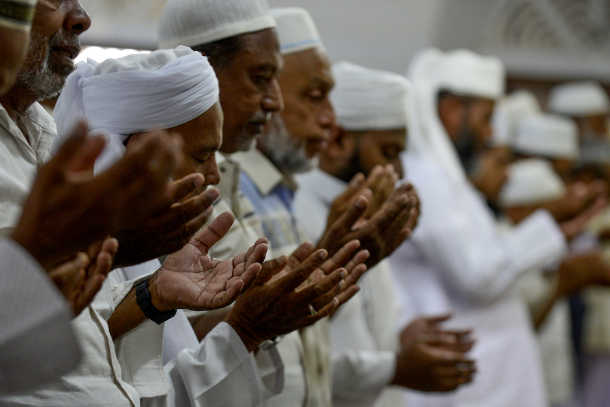 Muslim leaders are looking for Islamic unity in Asia as they distance themselves from the increasing radicalization and bloodshed in the region linked with the so-called Islamic State (IS).

With the Easter Sunday bombings of multiple churches and hotels in Sri Lanka, leaders admit that the terror group has become active in South Asia. IS has claimed responsibility for the attacks, carried out by its local radical Islamist supporters, that killed 253 people, mostly Christians.

“Terrorism is now a global phenomenon and there have to be collective efforts to address its root cause,” said Allama Tahir Ashrafi, head of Pakistan Ulema Council, a body representing leading clerics in the Islamic nation.

“What we witnessed in Christchurch [New Zealand] and in Sri Lanka shows that terrorism cannot be linked to any single faith or group,” he said, distancing the region’s Muslims from the violence.

Even while Muslim leaders across the region condemn the violence and repeat that violence has no religion, the fact remains that those who blow themselves up in the name of Islam are local Muslim youngsters, as in the case of the violence in Sri Lanka.

Official admissions of IS presence in South Asia began when India noticed an increase in the radicalization of young Muslims on the Indian side of Kashmir in 2017 with secessionist militants, wanting to free Kashmir from India, openly declaring allegiance to outfits such as al-Qaida and IS.

Kashmir has since witnessed several instances of IS flags been waved at protests or used to wrap the bodies of terrorists killed by security forces. Militants have been asking supporters to shout slogans such as “khilafat ya shahadat” (caliphate or martyrdom) during anti-India protests. Radicalization of Muslim youth in South Asia, where more than 30 percent of the world’s Muslims live, began as IS started to lose its campaign to establish an Islamic caliphate in Syria, Muslim leaders concur.

Sri Lankan Muslims knew about radicals among them even before the blasts, said Shaikh M.F.M. Fazil, a leading Muslim cleric in the island nation and a member of All Ceylon Jamiyaththul Ulama.

“The Muslim community in Sri Lanka was not quiet about it,” he told ucanews.com. “In most instances, we kept the police and intelligence services informed of the whereabouts of these radical elements.”

All six of the suicide bombers were local Muslims; they targeted Christians “based on what they learned through social media,” he said.

Radicalization has even penetrated relatively progressive but Muslim-dominated countries like Malaysia.

A Pew Research Center survey 2013 found that around 7 million of the 17,347,900 who identified themselves as Muslim in Malaysia think that violence such as suicide bombing can sometimes be justified to defend Islam from its enemies.

That indicates how far and how easily Muslims in other Asian nations, relatively poorer and less educated, could be radicalized.

Mindanao, the southwestern area of the Philippines, has been witnessing Islamic violence since 1960. But this region, where 20 percent of people follow Islam, began to see radicals connecting themselves with IS by the middle of 2017.

Muslim militant groups pledging allegiance to IS attacked and took control of the southern city of Marawi on May 23, 2017. It remained under militant control until the Filipino army liberated it in October.

In June 2017, police accused the Moro Islamic Liberation Front that has pledged allegiance to IS of desecrating a church in Mindanao, destroying statues and throwing consecrated hosts onto the ground.

Octavio Dinampo, a professor at Mindanao State University in Sulu who was abducted by Abu Sayyaf terrorists in 2008, challenged the Ulama Council of the Philippines to intensify the fight against violent extremism.

Dinampo blamed poor education among young Muslims for their recruitment into Islamic extremism and said the ulama (Muslim scholars) need to correct the misinterpretation of the Quran being spread by Islamic militants.

"They were attracted to such a cause by a promise of paradise after martyrdom," he said. The Catholic cathedral in Marawi remains a scene of devastation almost two years after terrorist gunmen attacked the southern Philippine city in 2017. (Photo courtesy of Aid to the Church in Need)

The blasts targeting Sri Lankan Christians show how radicalization depicts Christians as enemies of Islam because an alliance led-by the United States, projected as a group of Christian-dominated nations, fought and defeated the terror group in Syria.

IS has said the Sri Lanka blasts were response to a call it gave to avenge the alliance action against them.

The high population of Muslims, tiny presence of Christians and lax security systems in Asian nations could be reasons for IS to make Asia a platform to attack Christians and gain global attention, says A.C. Michael, a Christian leader in New Delhi.

Pakistani Christians have endured a hostile atmosphere in their country ever since it came into creation in 1947. Increased radicalization since then — which sees Christians as enemies — has prompted several attacks on churches and Christian residential areas.

Hard-line Islamists in Indonesia made their presence felt in 2016 during the so-called “212 movement” that ramped up pressure against then Jakarta governor Basuki Tjahaja Purnama, a Chinese Christian, over an ill-advised comment on the Quran.

In their thousands, supporters of the movement gathered on Dec. 2 that year, demanding the arrest of Purnama, known as Ahok, for blasphemy. He was later sentenced to two years in prison, convicted of insulting the Quran.

At the most extreme end, Islamist radicals carried out a series of suicide attacks against three churches and the central police station in Surabaya, the country's second-largest city, on May 13-14, 2018. The attacks killed 28 people and were carried out by members of two families with links to IS. Rosalia Siswaty holds a photo of her nephew, Aloysius Bayu Rendra Wardhana, who was killed on May 13 while trying to prevent suicide bombers from entering Santa Maria Catholic Church. (Photo by Ryan Dagur/ucanews.com)

Some Muslim leaders like Maolana Abul Kaseimi, a Bangladeshi hardliner, do not agree that the Sri Lanka attacks targeted Christians or that IS or other Islamist radicals orchestrated them.

“Often the attacks are carried out by Christians and Jews in order to defame Muslims. There is a conspiracy theory behind the wholesale tagging of terrorist attacks with Islam or Muslims,” said Kaseimi, also an officer of Bangladesh Khilafat Andolon (Bangladesh Movement for an Islamic State), a hard-line political party.

In the Sri Lanka attacks “maybe Muslims were made scapegoats by those with a vested interest in order to tarnish image of Islam,” said the man who also leads Hefazat-e-Islam or Protectors of Islam, an umbrella organization of hard-line groups in Bangladesh.

Kaseimi does not agree that IS claimed responsibility for the Sri Lanka attacks. The statements claiming “responsibility came through the media, which means there are doubts that if this was genuinely from IS or not. Maybe someone else carried out the attacks and is using the name of IS to justify and connect it to Islam,” Kaseimi argued.

He said Israel with its intelligence agency Mossad has carried out violence in many places and in some cases Christians, Muslims and Buddhists were blamed. “Israel has not been recognized in most Muslim countries in the world, so it has hatred for Muslims and works to tarnish the image of Muslims and Islam globally,” he said.

Syed Shahid Qadri, an Islamic preacher based in India’s Muradabad city, said the attacks were “yet another deep-rooted conspiracy” to defame Islam and Muslims. “The murderers who are behind the Sri Lanka blasts can be anything but Muslims,” he said.

He said the Quran clearly says that Muslims “should protect synagogues and churches more than their own mosques and if one innocent human being is killed, it is as if he has killed all of humanity.” For Kaseimi in Bangladesh, Islam bashing is prevalent in global geopolitics. “Globally, Muslim countries are divided. That is because they want to keep good relations with powerful non-Muslim countries. Some are U.S.-leaning, and some are Chinese-leaning and so on. Their own interests keep them away from being united as Muslim nations,” he said.

Kaseimi’s solution to terrorism is global Islamic unity. “Unity among leaders of Islam would be very effective to establish peace and harmony in the world, and could help contain global terrorism,” he said.

But the problem is “they are not being allowed to join hands.”

Yusuf from the Bangladeshi city of Chittagong agreed that Muslims have not been making strong statements against terrorism. “The Muslim world is failing to do it because Muslims are not united, and they concentrate more on their own problems,” he said.

Yusuf said ending double standards is one step towards ending violence and terrorism. “We have double standards. For example, some people want Bangladesh to be an Islamic state and want India to be a secular country. We need a purification of our religious, political, social and cultural landscape. Politics and religion must stay separate for good, and it will solve many problems,” Yusuf said.

Molvi Ghulam Ali, a renowned Islamic author in India, said it is time that Muslims came together to “wash away the stain on Islam that has come in the shape of IS violence.”

“All religious scholars across the globe should be unanimous in declaring IS an anti-Islamic organization and it should be named and shamed publicly so that the acts it does in future aren’t attributed to Islam in any way,” Ali said.