Asians take to streets for their rights Activists of Veer Lachit Sena stage a demonstration against the Citizenship (Amendment) Bill in Guwahati in India's Assam state on Dec. 7, 2019. (Photo: IANS)

A new report details the struggle of Asians to demand better democracies, free and fair elections and an end to corruption among the political elite.

The State of Civil Society Report 2020, published by CIVICUS on May 28, sets out the major trends and events involving civil society over the past year. The report describes the massive people’s mobilizations that swept the globe and led to breakthroughs in democracy and human rights.

The Hong Kong protests were possibly the largest in its history. Mass demonstrations took place against the proposed extradition bill, which threatened to send people back to mainland China for trial. The government finally dropped the bill amid huge opposition. Protesters also called for universal suffrage as well as an end to draconian new legislation, such as the anti-mask ban, which forbids protesters to cover their faces.

“It takes real courage to stand up to the awesome might of China’s vast machinery of authoritarian repression. But Hong Kong democracy protesters did it again and again in 2019, refusing to back down in the face of an increasingly violent state response,” the report states.

Hong Kong’s democracy movement has been more united than ever before — teachers, office workers and students all took part in protests. Action, which initially focused on central Hong Kong, spread to neighborhoods and suburbs. 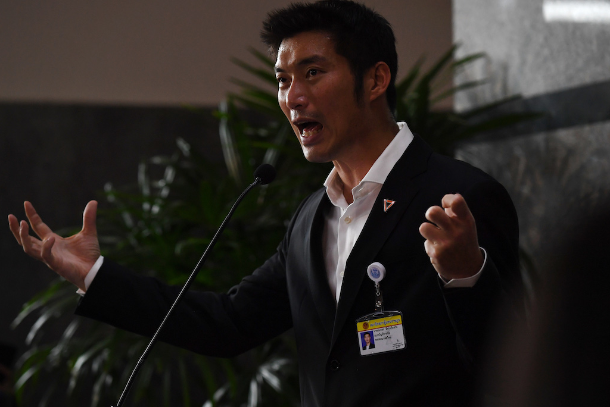 “The democracy movement knows it still faces a mighty opponent, but it feels prepared for the long struggle,” the report states.

In India, millions of people took to the streets to protest against Prime Minister’s Narendra Modi’s increasingly repressive regime.

In the past year, his ruling Bharatiya Janata Party (BJP) passed laws which were seen as acts of aggression and discriminatory against Indian Muslims. The special status of Indian-administered Jammu and Kashmir, a predominantly Muslim region, was revoked, while the new Citizenship (Amendment) Act denies citizenship to irregular migrants who are Muslim.

Millions of people protested against these laws and — for the first time — women were on the front lines. The government hit back:  internet shutdowns and clampdowns on freedom of expression have become a signature of Modi’s repressive regime. The authorities have also used excessive force against protesters and scores have been killed this year:

“None of these tragic events were accidental; rather, it was the consequence of a ruling party demonizing a specific group of people for its advantage. India’s embattled civil society will continue to do what it can to urge the BJP to moderate its language and actions, use its majority responsibly, respect rights and govern in the interests of all of India’s peoples,” the report asserts.

The State of Civil Society Report 2020 also highlights “dysfunctional” democracies in countries like Indonesia and Thailand.

Thai elections, the first since the 2014 military coup, took place amid postponements and protests. However, “any hopes of a return to civilian rule were thwarted, as the military donned politicians’ suits and continued to hold power.”

Deadly protests erupted in Indonesia after President Joko Widodo was voted in for a second term. People demanded an end to corruption, growing social conservatism and human rights violations, particularly in the Papua region.

The report notes that there were positive developments in relation to LGBTQI+ and women’s rights in Asia. After extensive civil society advocacy, LGBTQI+ people secured the right to marry in Taiwan, while South Korean courts struck down a law that banned abortion.

CIVICUS is a global alliance of individuals and organizations that work to promote civil society and protect and defend the space for civil society and democratic freedoms around the world, with over 8,000 members in 180 countries.