Latin America and Asia-Pacific are the most dangerous regions for rights defenders, says new study from CIVICUS Monitor 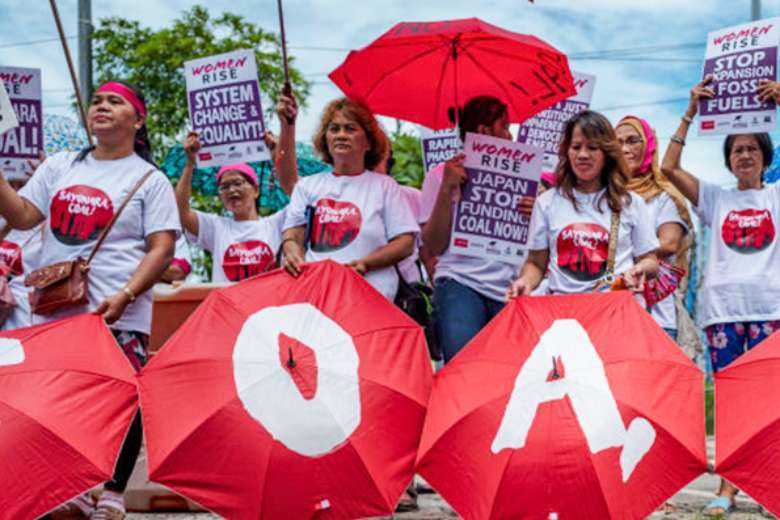 As the climate crisis intensifies across the globe, environmental activists are facing rising levels of threats, criminalization, violence and being silenced, says a new report from CIVICUS, a global civil society alliance.

The new report, "Defenders of our planet: Resilient in the face of restrictions," released on Nov. 9, shows environmental protesters have been criminalized and met with repression on all continents from 2018-21.

The new study from the CIVICUS Monitor looks at the common tactics and restrictions being used by governments and private companies to suppress environmental movements. The research focuses on three worrying trends: bans and restrictions on protests; judicial harassment and legal persecution; and the use of violence including targeted killings.

The main perpetrators of violation of civic freedoms are state authorities and private companies, the report said, adding that despite the risks and restrictions, activist groups continue to score important victories to advance climate justice.

CIVICUS noted that while world leaders meet in Glasgow for the UN Climate Change Negotiations (COP26), the host nation is one of many countries where activists are regularly facing rights violations.

“Silencing activists and denying them of their fundamental civic rights is another tactic being used by leaders to evade and delay action on climate change,” said Marianna Belalba Barreto, research lead for the CIVICUS Monitor.

Environmental, land and indigenous rights defenders are at particularly steep risk in the Asia-Pacific region

“Criminalizing non-violent protests has become a troubling indicator that governments are not committed to saving the planet.”

From Brazil to South Africa, activists are putting their lives on the line to protect land and to halt the activities of high-polluting industries. The most severe rights abuses are often experienced by civil society groups that are standing up to the logging, mining and energy giants who are exploiting natural resources and fueling global warming, the report said.

For years CIVICUS data has consistently shown that Latin America is by far the deadliest region for rights defenders including those advocating for environmental, land and indigenous rights. Between 2018 and 2021 in Latin America, the CIVICUS Monitor documented targeted killings of rights defenders most frequently in Brazil, Colombia, Guatemala, Honduras, Mexico, Nicaragua and Peru.

Environmental, land and indigenous rights defenders are at particularly steep risk in the Asia-Pacific region, with India, Indonesia and the Philippines recording the highest number of killings of rights defenders.

In Asia, the Philippines stands out as the most dangerous country. Since 2018, environmental and land rights defenders, indigenous leaders, anti-mining activists and lawyers advocating for rural workers have been brutally murdered with impunity.

Under the pretext of the Covid-19 pandemic, governments in Asia and other parts of the world have criminalized and banned environmental protests, leading to arrests, detention and use of excessive force against protesters.

For example, in May, Cambodia sentenced three environmental defenders to 18-20 months in prison for planning a protest against the filling of a lake in capital Phnom Penh.

The report noted while governments violate international laws in their attempts to restrict the rights of people, there are few examples of courts and legislative bodies reversing such attempts to criminalize non-violent climate protests.

Despite the increased risks and restrictions facing environmental campaigners, the report also shows that a wide range of campaigns have scored important victories, including the closure of mines and numerous hazardous construction projects.

Equally significant has been the rise of climate litigation by activist groups. As authorities take activists to court for exercising their fundamental right to protest, activist groups have successfully filed lawsuits against governments and companies in over 25 countries for failing to act on climate change.