Around 1.5 million Armenian Christians were killed during massacres and deportation campaigns by the Ottoman Empire Turkey claims the deaths of Armenian Christians were part of a civil conflict triggered by the First World War. (Photo: YouTube)

A leading Asian ecumenical Christian forum has hailed the US government’s decision to recognise the Armenian genocide during the  First World War, describing it as a great opportunity to renew commitment to combating such atrocities in today’s world.

The Christian Conference of Asia (CCA), based in Chiang Mai, Thailand, said it joins with Armenians all over the world, especially the Armenian diaspora scattered across Asia, who welcomed the US government’s recognition of the massacre of about 1.5 million Armenians in 1915-16 as genocide.

In a statement marking the 106th anniversary of the start of the massacre, President Joe Biden became the first US government head to term Armenian mass killings as genocide.

"Each year on this day, we remember the lives of all those who died in the Ottoman-era Armenian genocide and recommit ourselves to preventing such an atrocity from ever again occurring," President Biden said.

"Today, as we mourn what was lost, let us also turn our eyes to the future — toward the world that we wish to build for our children. A world unstained by the daily evils of bigotry and intolerance, where human rights are respected, and where all people are able to pursue their lives in dignity and security."

The CCA said it was in solidarity with its member churches that include Armenian diaspora churches across Asia-Pacific — Iran, Hong Kong, Thailand, Japan, Australia and New Zealand — who represented the Armenian people in expressing their concerns, anguish and pain while demanding recognition of genocide and reparation.

Dr. Mathews George Chunakara, general secretary of the CCA, said the genocide recognition honors the victims and their descendants.

Chunakara expressed hope that the recognition of the US authorities will be helpful in prompting the international community and Turkey to acknowledge the Armenian genocide.

An estimated 1.5 million Armenian Christians were killed during massacres and deportation campaigns carried out by the Ottoman Empire. The leaders of Turkey, the modern-day successor of the Ottoman Empire, have maintained the position that the massacre and persecution that took place did not possess the scale or magnitude that could justify the use of the term genocide as claimed by Armenians. 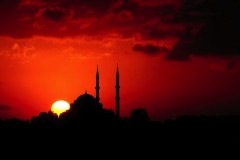 Tense history behind Turkey's protest of the Holy See Turkey claims the deaths were part of a civil conflict triggered by the First World War.

Pope Francis has termed the Armenian massacre as genocide on several occasions and denounced it as a grave tragedy of humanity.

"This tragedy, this genocide, has unfortunately marked the start of a sad series of great catastrophes of the last century," Pope Francis said during his visit to Armenian capital Yerevan in 2016.