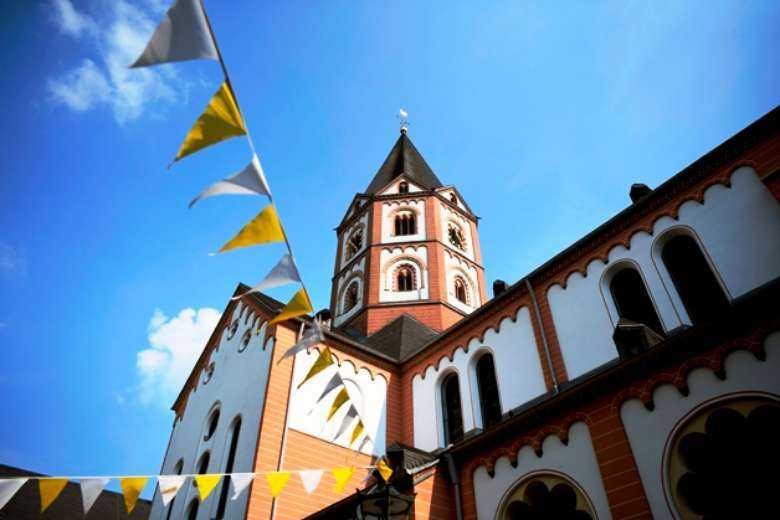 The ongoing diocesan synods across the globe, preparing for the 2023 Synod of Bishops in Rome, can learn a few lessons from the explosive German synodal path on subjects detrimental to the long-cherished views of the hierarchical, clericalist, magisterial and male-dominated Catholic Church.

The Asian Church especially has to follow thoroughly the outcome of the German synod path, which has taken up burning issues like clerical abuse for discussion.

Even if not to the extent seen in the West, Asian Catholics are beginning to discuss the salacious deeds of abuser priests. The German tips can help diocesan synods to address the malady plaguing the Church in modern times.

This unfortunate tendency seems to dismiss clerical sex abuse as a non-issue. The future of the Church in Asia largely depends on how effectively and incisively the Church handles it now rather than pushing it under the carpet.

In India recently, Cardinal Oswald Gracias recommended canonical proceedings against a priest found guilty of sexually abusing a minor boy in Mumbai. On Dec. 29, a special court passed a sentence of life imprisonment on 55-year-old Father Lawrence Johnson, an archdiocesan priest. He was arrested on Dec. 2, 2015, for sexually assaulting a boy who was 13 years old at the time.

A court in East Timor on Dec. 21 jailed a defrocked American missionary for 12 years after he was charged with sexually abusing several orphaned and disadvantaged girls who were staying in his care.

Eighty-four-year-old Richard Daschbach, who set up a shelter for orphans and vulnerable children, was accused of sexually abusing children younger than 14. He was also charged with possessing child pornography and domestic violence.

The Asian Church hierarchy can no more dismiss clerical abuse and predator priests as a “Western issue.” The story of the German Church tells us that the Church’s credibility and moral authority depend largely on how it tackles this one issue of clerical sex abuse. It alone will change the Church’s hierarchical dominance, clericalism and patriarchal attitude.

The German Church’s synodal path has close links with clerical abuse. A 2018 clerical sexual abuse report spurred the German Church to spearhead the experimental synodal path. Although it is in no way connected to the 2023 Vatican synod, it would be hard for the Vatican to discard German motives as “temptations” to defy the Vatican.

Besides clerical abuse, another subject that figures prominently in the ongoing German synodal path is the separation of powers — temporal and spiritual — in the Church, which is of utmost importance to Asian churches.

Most national churches are custodians of immense wealth as they inherited vast patches of land in cities, towns and hill stations that have appreciated over centuries. Diocesan bishops own and manage these properties often without consultation with lay groups and without considering a national pastoral plan.

The diocesan finance councils, parish councils and other representative bodies established to fulfill the demands of the Second Vatican Council’s recommendation have been rendered toothless under such clerical dominance. The hierarchy has become the sole owner and dispenser of wealth.

The lack of a power-sharing mechanism within the Asian Church was brought to the fore when a lay Catholic in the southern Indian state of Kerala challenged the Eastern-rite Cardinal George Alencherry’s authority to sell some pieces of land in Ernakulam-Angamaly Archdiocese.

The layman’s case came after the cardinal was accused of causing a loss of some US$10 million to the archdiocese in land deals he conducted. Allegations, court cases and investigations that began three years ago continue in the courts.

Kerala High Court has clarified that the cardinal (as well as other bishops) cannot claim ownership of the diocesan land and sell it unless they have inherited it, brought it or transferred it their name through the existing legal process in the country.

Canon law does not give them the authority to own and sell diocesan properties, the court said.

The verdict is something that the ongoing diocesan synods across Asia need to study. The understanding of the Church and its hierarchical authorities is changing. The younger generations have much clearer views about their inheritance and rights, which include diocesan properties and artworks.

Another part of the German synodal path discussion is gender equality in the Church, which extends to the ordination of women and their ministries. The Asian Church, which continues to swear by feudal moorings, allots only a second place for women in society and considers demands of gender equality a non-issue.

National churches in Asia have often refused to challenge conservative societies that see women’s primary role as being mere child bearers. The Church and thousands of academic and healthcare institutions across Asia speak for gender equality, but we don’t see any serious action.

The ordination of women is a closed chapter for the Asian Church as the Vatican has reaffirmed the ban on women priests. The ban, it said, was “definitive” teaching and “a truth belonging to the deposit of faith." No diocesan synod will dare to talk about it in Asia, but they should at least discuss if they can find other ways to ensure gender equality in the Church.

The German synodal path, which was extended beyond 2021 due to the Covid-19 pandemic, is a kind of journey undertaken by the German Church with the participation of all its members. It is organized by the German bishops in collaboration with the Central Committee of German Catholics, the largest body in Germany representing lay Catholics.

The Greek word "synod" means “walking together along a road” and implies a fellowship of people journeying together to achieve a common goal.

Since the synodal path (German: synodalerweg) is not organized under the instruction of the Holy See, its recommendations are not legally binding. Again, church law does not permit laypeople to impose a decision on a bishop.

Besides taking up topics that have been considered taboo in the Church for discussion, the German synodal path made headlines when there was a move in Germany to bless same-sex couples in defiance of the Vatican in May last year.

Though some have accused the German synodal path of creating a schism, the economically poor Asian Church should not ignore what is happening with the richest national church in the world.