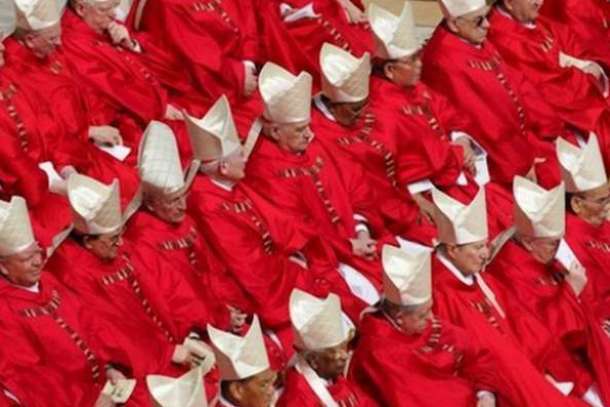 As the consistory to create 13 new cardinals approached, the coronavirus pandemic forced two cardinals-designate to cancel their trips to Rome while one was placed in quarantine upon arrival.

According to the Philippine bishops' news service Nov. 11, Father Emilio Arbatin, spokesman for Archdiocese of Capiz, confirmed that given the rising number of Covid-19 cases in Italy, the apostolic nunciature in Manila gave Cardinal-designate Jose Advincula "the option not to go to Rome for the consistory."

The consistory is scheduled to take place at the Vatican Nov. 28.

Father Arbatin said that although Cardinal-designate Advincula initially purchased a plane ticket to Rome, he ultimately decided to cancel.

"The cardinal-designate would have really wanted to go, but this is an extraordinary time that also needs prudent judgment," he said. He also said that Cardinal-designate Cornelius Sim of Brunei canceled his trip to Rome due to the pandemic.

Pope Francis, he added, was informed of Cardinal-designate Advincula's cancellation by Philippine Cardinal Luis Antonio Tagle, prefect of the Congregation for the Evangelization of Peoples, and that the soon-to-be cardinal is awaiting instructions from Msgr. Guido Marini, master of liturgical ceremonies, "on how to do the liturgy and ceremonies related to the giving of the red hat."

With the coronavirus situation in the country worsening, it is unknown whether other cardinals-designate from Italy and around the world will be forced to cancel their trips to Rome for the consistory.

Italian Health Minister Roberto Speranza announced Nov. 9 that authorities designated five more regions of the country as "orange" zones. As of Nov. 11, the Lazio region, where Rome and Vatican City State are located, remains at the lower "yellow" zone designation.

However, Cardinal-designate Celestino Aos of Santiago, Chile, said he had already arrived in Rome and will stay at the Domus Sanctae Marthae, the residence where Pope Francis lives.

In a video message released Nov. 10, Cardinal designate Aos said that despite testing negative for COVID-19 upon his arrival, he would remain in quarantine for 10 days as a precautionary measure.