Her life continues to be an ordeal, 'a painful story, ...a test from God,' she says in an on-camera interview 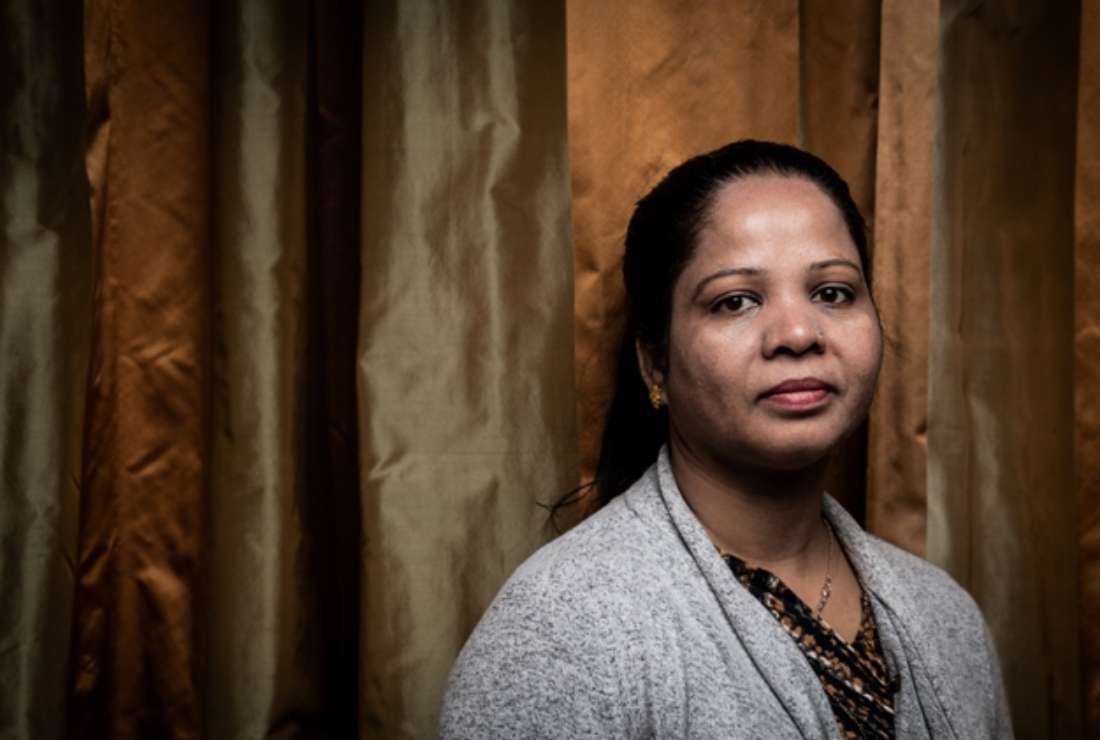 Asia Bibi, who shone a global spotlight on the use and abuse of blasphemy laws in Pakistan, poses during a photo session in Paris, on Feb. 25, 2020. (Photo: AFP/ Martin Bureau)

Asia Bibi, a Pakistani Catholic woman who escaped death for alleged blasphemy and now lives in Canada, has appealed for the protection of victims of blasphemy laws in her country.

In her first on-camera interview since she was acquitted by the Supreme Court of Pakistan in 2018 before leaving the country, Bibi urged government agencies to “thoroughly” investigate blasphemy-related offenses.

“Protect the innocent instead of beating them in police stations. The innocent must be freed. Long sentences for something without proof are a great injustice in our country,” she said in her Dec. 1 online interview.

“The clerics don’t understand Bible and Quran despite studying them. For God’s sake, have mercy in your hearts. Pakistan is not for Muslims alone. I feel angry when good Muslims are targeted for sympathizing with poor religious minorities,” Bibi added.

She also referred to some high-profile cases of blasphemy killings, including the assassination of Punjab Governor Salman Taseer in 2011 for calling the blasphemy law a "black law."

The incumbent Minority Minister Shahbaz Bhatti was killed in 2011 for advocating reform of the country's blasphemy law.

Bibi said that since she has no formal education, she is doing a menial job for survival. She also lamented that she faces many problems including the language barrier in her adoptive country. She lives in a rented house and regretted that she did not receive the royalties for her autobiography, “Free at Last,” by French writer Anne-Isabelle Tollet.

“I only received the airfare to France. They never contacted me again. People benefitted a lot from my name but I didn’t get anything. Our community should have helped us. People think we are earning a lot after the asylum. The Canadian government only supported us for a year,” she said.

“Even my daughters couldn’t study due to my ordeal and now face an uncertain future. Years of suffering have left us weakened. My husband had his gall bladder removed in Pakistan and is looking for a job for the past four years,” Bibi said.

The Catholic woman who made international headlines after she was accused of blasphemy after an argument with a group of women in June 2009, said her life continues to be “a painful story... a test from God.”

Her mother died while she was in prison. She couldn’t meet her father. Three of her children are still in Pakistan, she said.

Saif ul Malook — the chief counsel for Asia Bibi – blames her for her own plight.

“She was playing in the hands of NGOs who made false promises. Being illiterate, she has no idea of marketing herself and as a result she is depressed. She didn’t even thank me after the acquittal,” he told UCA News

Meanwhile, the UK-based Christian Solidarity Worldwide (CSW) has recommended reviewing of Pakistan's draconian blasphemy laws at a Nov. 29 virtual joint event on the situation of freedom of religion or belief in Pakistan during the fourth universal periodic review at the United Nations Human Rights Council (UNHRC).

“Pakistan should ensure procedural amendments are implemented to minimize the abuse of these laws in the short term, moving toward full repeal in the long term. It should conduct full investigations into all incidents of violence against individuals accused of blasphemy, and into other outbreaks of violence and vandalism arising from blasphemy accusations, holding all those responsible to account,” it stated.

CSW further demanded that Pakistan should immediately release all prisoners of conscience without condition, including those currently imprisoned on blasphemy charges, and also end the targeting of Ahmadi Muslims with false blasphemy cases under cyber laws.

Blasphemy is both a sensitive and potent issue in Pakistani society.

The Lahore-based Center for Social Justice (CSJ) has noted that at least 1,949 persons have been accused under the blasphemy laws between 1987 and 2021. A large number of these blasphemy cases are still awaiting justice.

Human rights activists say the majority of Christian victims of blasphemy and their hapless families in Pakistan have nowhere to go and little hope for the future.