Leaders of the regional bloc must listen to the voice of the people, not the generals 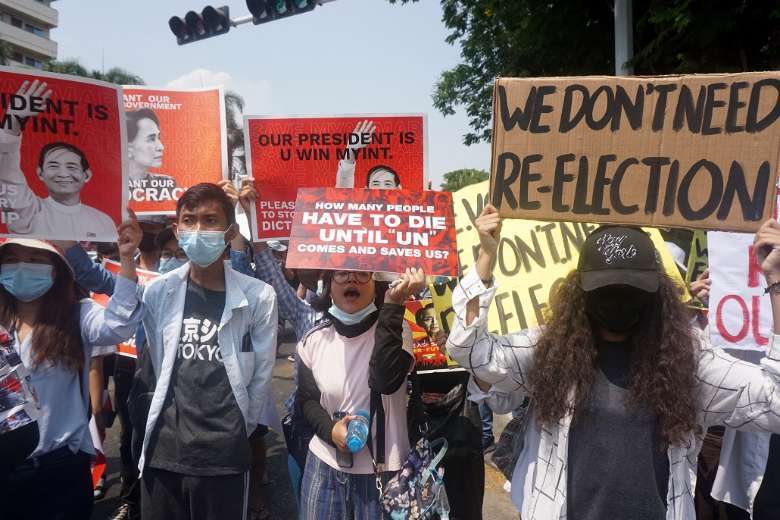 Protesters hold signs as they take part in a demonstration against the military coup in front of the Indonesian embassy in Yangon on Feb. 23. (Photo: AFP)

On the morning of Feb. 23, hundreds of young people descended on the Indonesian embassy in Yangon, Myanmar’s commercial hub, to protest against the plan to hold fresh elections proposed by Indonesia’s foreign minister.

Indonesia is pushing its neighbors to agree on an action plan over Myanmar’s coup that would keep the junta to its promise of holding elections, with monitors to ensure they are fair and inclusive, according to a Reuters report on Feb. 22.

The Indonesian proposal also calls for the Association of South East Asian Nations (ASEAN) to facilitate dialogue between the junta and protesters after the Feb. 1 military coup.

While anti-coup protesters have taken to the streets of cities nationwide, Indonesia’s plan has sparked anger as it is against the wishes of the people of Myanmar.