Around 200 dignitaries were present with Archbishop Emeritus Vincent Michael Concessao of Delhi presiding over the ordination Mass held with strict adherence to Covid-19 protocols.

Concelebrating were Archbishop Leopoldo Girelli, the papal nuncio to India and Nepal, Archbishop Anil Joseph Thomas Couto of Delhi, and 14 bishops from various dioceses. The ceremony was telecast live on social media for thousands of faithful across the country.

Speaking on the occasion, John Barla, the federal minister of state for minority affairs, appreciated the Catholic Church and its institutions for their selfless service to India's people, especially in the fields of health and education, in recent decades. He assured all possible help from the federal government to priests and nuns facing any problems in their endeavors.

Justice Kurian Joseph, a former Supreme Court judge, appreciated Bishop Tauro’s chosen motto, “To be humanly holy,” and said it was the need of the day and hour.

“We have lost touch with the least of the people who need more help and support at this juncture,” he added.

The archbishop of Bombay, Cardinal Oswald Gracias, in his message said the “Archdiocese of Delhi based in the national capital is a very important place in the country and the face of the Church."

Cardinal Gracias, who is president of the Catholic Bishops’ Conference of India (CBCI), extended his best wishes to Bishop Tauro for his new ministries.

The archdiocese was without an auxiliary bishop after Bishop Franco Mulakkal was transferred to Jalandhar in Punjab in 2013.

Pope Francis on July 16 appointed the then Father Tauro, rector of St. Albert’s College in Ranchi, as its auxiliary bishop. The 54-year-old was a priest of the Diocese of Muzaffarpur in Bihar, eastern India, at the time of his appointment. 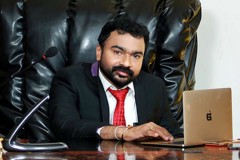 Collector of 'Biblical antiques' arrested for fraud in India Bishop Tauro was born on Aug. 2, 1967, at Chikmagalur in the southern state of Karnataka. He attended a minor seminary at Muzaffarpur in northern India and studied philosophy in Kolkata, formerly Calcutta, in eastern India.

He studied theology at St. Albert’s College in Ranchi and started his priestly ministry as an assistant parish priest at Samastipur in 1996.

He went on to do a master's degree in spirituality and counseling from the Dharmaram Vidya Kshetram, Bangalore, in 2005.

The Metropolitan Archdiocese of Delhi was established on June 4, 1959

Since 2012, he has been secretary of Bihar, Jharkhand and Andaman's Bishops' Council (BIJHAN) and in 2015 was made the rector of St. Albert's College, Ranchi.

The territory of Delhi was part of the Archdiocese of Simla after it was established on Sept. 13, 1910. On April 13, 1937, it was renamed as the Metropolitan Archdiocese of Delhi and Simla.

The Metropolitan Archdiocese of Delhi was established on June 4, 1959. Jammu-Srinagar, Jullundur, and Simla and Chandigarh are its suffragan dioceses.

The Catholic population of Delhi Archdiocese is about 100,300 and it has 61 parishes, 132 diocesan priests, 157 religious priests and 413 women religious.