Archdiocese gets seminary after 37 years

The new facility will accommodate increasing vocations in Karachi 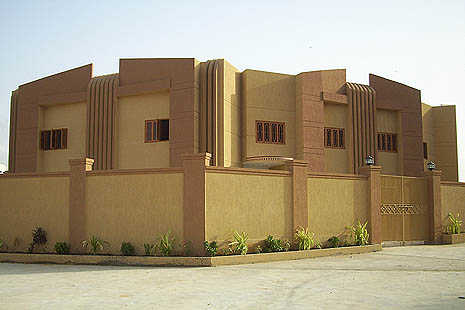 Priests, nuns, seminarians and catechists celebrated the inauguration of a much-needed newly constructed seminary in St. Jude’s parish. Archbishop Evarist Pinto of Karachi cut the ribbon and blessed the facility. “It’s a historic move; a day of thanksgiving. Finally we have a permanent building”, he said in a mass. The southern archdiocese faced vocation crises for more than three decades. “We refused many applicants. It was heartbreaking but there was no room for them,” said Father Benjamin Shehzad, rector of St Pius X Minor Seminary in Karachi. Although a minor seminary opened in 1974 in Karachi, the venue kept altering, moving from a Catholic colony to a bungalow and then a Catholic providence home where it is based at present. Daughter of the Cross Nuns, who owned the property, had given it for seminary use in 1980. Seminarians had to study and sleep together in the five small rooms. Worries grew after the adjacent playground was appropriated. “We had to send them to the major seminary, located a few kilometers away, for sport related activities. Meanwhile vocations increased in last eight years and at one time we accommodated up to 25,” the rector added. Final preparations are being made to shift 12 minor seminarians into the new block. Spanning 6,070 square meters, the facility can accommodate more 50 candidates and has a chapel, library and computer room. Presently there are 88 minor and 94 major seminarians in the four minor and two major seminaries in the country. Related reports Villages best prospects for Lahore vocationsPakistan seminary plays a vocational innings PA14250