A candle is displayed at Australia's Plenary Council. (Photo: Facebook/PlenaryCouncil)

As the first assembly of Australia's Plenary Council neared the halfway point, Sydney Archbishop Anthony Fisher urged people to make the church a "powerhouse of prayer."

His message came as Plenary Council members met online, in small groups, to discuss and discern questions, including how the church can engage people to pray, particularly when people feel disconnected due to Covid-19.

Each day a different Australian bishop celebrates Mass before a large online gathering of the Plenary Council's 278 members. On Oct. 6, Archbishop Fisher reflected on the day's Gospel reading from St. Luke, recounting disciples asking Jesus how to pray.

The disciples "knew Christ was the best of teachers," he said in his homily, broadcast from St. Mary's Cathedral in Sydney.

"Of the 90 times people address Jesus in the Gospels, they call him 'Teacher' in 60 of them, a title he also used for himself. For our Plenary Council, also, Christ must be our wisdom and guide, and so: 'Lord, teach us how to pray.'"

Archbishop Fisher's homily also reflected on the musings of Jenny Marx Longuet, the daughter of German philosopher Karl Marx. After reading the Our Father, Longuet spoke of how wonderful it would be if there were a God like the one spoken about in that prayer.

Only through prayer can we hear, discern, converse, propose, decide. Only with such inspirations (can we) make the decisions we must

"We, the people of God in Australia, respond, 'There is,'" Archbishop Fisher said. He added that to make the Our Father true -- forgiving others, feeding all and freeing people from evil -- "We must be Australia's powerhouse of prayer."

"Only through prayer can we hear, discern, converse, propose, decide. Only with such inspirations (can we) make the decisions we must. But with true and deep prayer, we can face the dreams and difficulties head on, in the grace of the Holy Spirit and the company of fellow believers, striking out with renewed conviction and humble confidence."

In the large online gatherings each morning after Mass, council members report back on their previous afternoon's small group discussions. The delegates' discernment is meant to reflect on 16 questions, concerns and suggestions that arose from a nationwide consultation with Catholics that began on Pentecost in 2018. Through the consultation, about 220,000 people responded to the question, "What do you think God is asking of us in Australia at this time?"

Father Peter Whitely told the assembly Oct. 6 that his group's discernment on prayer sparked concerns that too few young people have been invited into a close relationship with Jesus. 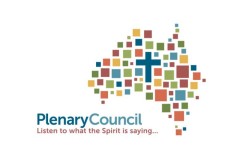 He said the group questioned how the church could engage people to pray, particularly when people were feeling disconnected due to COVID-19.

On the topic of conversion, Helen Belcher told the assembly that her group had begun looking at concrete points around training and formation; small ecclesial communities, such as home or family groups; structural changes, such as diocesan synods and parish pastoral councils; and lay preaching by men and women.

She said elements of the group's prayer and discernment included the need to "come down from the mountain and live in the world" and to be "mindful of the optics -- how we present and act."

Carol Teodori-Blahut said members of her group heard the Spirit calling them to "name and respond to the darker side of our church and society where racism, exclusion and injustice have caused trauma, woundedness and suffering."

"Truth-telling around this part of our story is really important," she said.

One group report addressed Catholic education and the desire to strengthen the connection with the faith and to accompany parents as the first educators.

"A challenge exists for educators to ensure that all receive a sense of welcome as we accompany them toward faith, away from the many distractions that exist," said Father Cameron Forbes. People also discussed the idea of developing a "national understanding of what a graduate of Catholic education looks like."

Other groups discussed the ministry of presence, church governance and the roles of priests and laity.

After spending three days online, Plenary Council members were to spend most of Oct. 7 offline, praying with and reflecting on questions about seeing through the eyes of those who have been abused and reaching those on the peripheries.

Why is it that, in some places, the church is a place of welcome, yet in other places people find it intimidating and judgmental?

Council member Claire Victory, national president of the St. Vincent de Paul Society, said when considering how the church might support the vulnerable, Jesus' example of offering people opportunities and keeping company with the marginalized is the guide.

"The church should be the first place a person excluded from or shunned by society -- the single mum or pregnant teen, the person struggling with questions about their sexuality or gender identity -- should find welcome and support," she said.

"Why is it that, in some places, the church is a place of welcome, yet in other places people find it intimidating and judgmental?" she asked.

Before the plenary started, members of the Australian Catholic Students Association asked members of the council to ensure that propositions did not contribute to secularizing the Catholic faith.

"We acknowledge that many submissions sought ways to bring Christ to our neighbor in good faith," said the letter. 'Nevertheless, many submissions sought to change teachings of the faith solemnly defined by the magisterium, relating to issues of sexuality, life or other moral issues and show a lack of faith in the church and her divine founder."

"These submissions only confirm the crisis in faith and faith formation; that is, many Catholics lack basic catechesis and are unjustly deprived of the truths of the church. We call upon the Plenary Council to show its unity with the successor of Peter and the perennial teaching of the church by condemning these submissions as its first action," the letter said.

The letter was signed by Claudia Tohi, president of the Australian Catholic Students Association, its executive members and its national chaplain, several state chairs of the organization, former presidents, officeholders, alumni and students from all over Australia. A copy of the letter obtained by The Catholic Weekly, newspaper of the Archdiocese of Sydney, contained 134 signatures, but organizers said that number was expected to grow as the letter circulated.