Archbishop Hon cites three major players in each stage: the communist regime, the Chinese Church and the Vatican 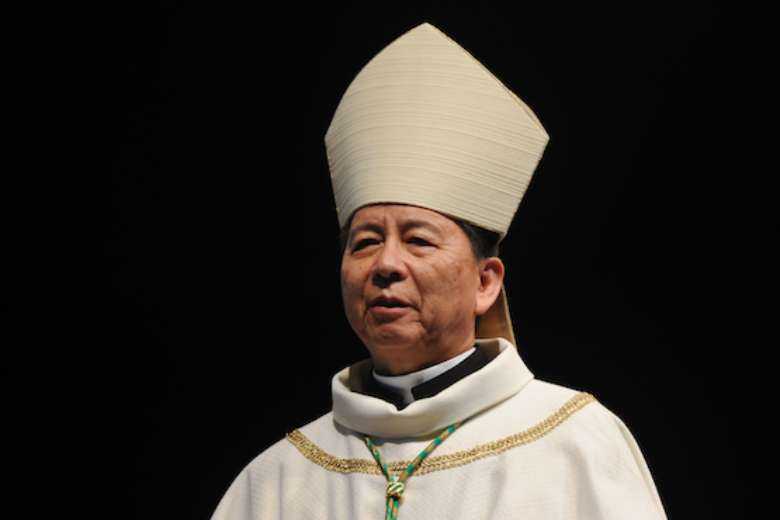 The current stage in the drama, in effect since 2013, is one of "shrinking and getting confused," Archbishop Hon said.

"As a result of the drama, people feel so disoriented, disconnected," Archbishop Hon said in his recent keynote address to the 28th international conference of the US-China Catholic Association, held at Jesuit-run Santa Clara University.

Archbishop Hon cited three major players in each stage of the drama: the communist regime, the Church in China and the Vatican.

The first stage he characterized as "resisting and divided," a period lasting from 1949 to 1980, during which "the Church is also divided." Many Catholic leaders were arrested earlier during this period, Archbishop Hon said, as the Church was being split into underground and state-recognized communities "hostile to each other."

That was the regime's intent: "divide the people, and easy for control" Archbishop Hon said, while China continued to deride Vatican "imperialism" and offer "carrots and sticks" to Catholics, depending on how much one wanted to do the communist government's bidding.

At this time, the Vatican was "trying to normalize the diplomatic relationship" with China, he noted. "The Holy See encouraged the Catholics to remain faithful, stating that an independent church cannot be the Catholic Church," Archbishop Hon added.

The next period, between 1980 and 2013, was one for the Church of "growing by reconciliation," he said. "The two divided communities started taking up a conciliatory attitude toward one another," Archbishop Hon noted.

The Chinese government encouraged reform and "opening up," although its policy for religious groups remained unchanged, the archbishop said. The Vatican sought to establish dialogue with the regime and promote reconciliation between the underground and government-recognized communities.

In 2013, Pope Francis and Xi Jinping, general secretary of the Chinese Communist Party, took their current offices within a day of each other, the pope on March 13 and Xi on March 14. The two leaders exchanged letters of congratulation.

Under Xi, China spoke of the dream of a stronger China, Archbishop Hon said. "There are more sticks to the underground communities and more carrots to those pro-Sinicization," he added, as the regime "tightens control and pulls down crosses" in China.

But Archbishop Hon said in this period, the Vatican got "blinded" by abandoning a well-established consultation structure regarding China. He said because of its diplomacy with China, "The underground communities have felt abandoned by the Holy See."

"Instead of showing light," Archbishop Hon said, the Vatican "diminished the light of the last teaching of the Church and the martyrdom of many Catholics."

He compared the current situation to the outbreak of Covid-19.

This drama presents itself as a tense play of struggle between church and state, faith and politics, conscience and power

He said the 2018 Vatican agreement on the appointment of Chinese bishops — the details of which have not been published — combined with the December 2018 Vatican recognition that two previously excommunicated bishops would head Chinese dioceses turned into a virus.

When, in 2019, the Vatican published pastoral guidelines telling bishops and priests in China that they must follow their own consciences in deciding whether to register with the government, "the virus got mutated," he said.

Archbishop Hon said: "This drama presents itself as a tense play of struggle between church and state, faith and politics, conscience and power. The above is a panoramic view without depth. If we come to know the persons who are involved in the drama, then we probably may acquire deeper insights and different perspectives to understand the Church in China."

"What kind of person I would like to look for in this tense play? A reed swayed by the wind? Or a man for all seasons? I prefer the latter," Archbishop Hon said. "Some of them were the martyrs who shed their blood, others gave equally valid witnesses with their life."

ANDRÉ HARKIN
I am an irish priest wo0rking in Brasil for many years. Reading this account of archbishop I automatically call to mind the history of persecution of the Churh in Ireland when people assisted Mass on a rock in the mountains, when the reward for the head of priest was iqual to the price of the head of a wolf. The persecution of the Church in China reminds me of the words of Our Lord: " if they persecuted Me... they will also persecute you."We are all one... and as the second prayer after the consecration of the Mass prays for this:By our sharing in the Body and Blood of Christ we may all be united in ONE BODY. Many thanks for this report about our brothers and sistersin CHINA. Padre André C.Ss.R
Reply