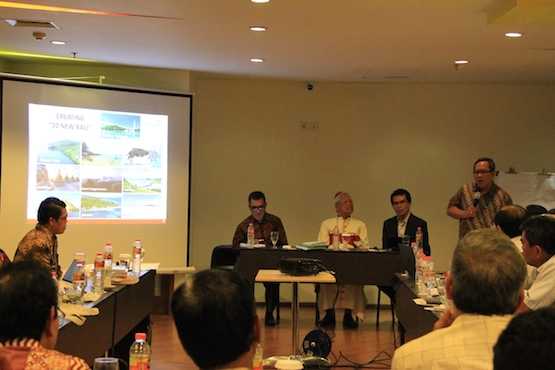 An Indonesian archbishop in North Sumatra province is urging the government not to pursue tourism at the cost of preserving the environment and the welfare of local people.

"As a leader in the Catholic Church, I call on the government to focus on tourism that pays more attention to environmental preservation and the needs of local people, uphold their human dignity and local culture and traditions," Archbishop Anicetus Bongsu Antonius Sinaga of Medan said at a discussion June 3 in Jakarta.

The archbishop was responding to the government’s decision to open up Lake Toba to more tourists. The government plans to develop hotels and other facilities around the picturesque lake for at least 20 million tourists it expects in the next few years.

"The Catholic Church rejects tourism which is not sensitive to the environment and ignores local people," Bishop Sinaga said.

Such a call has been the concern of the Catholic Church globally especially after Pope Francis issued his encyclical Laudato si’ and announced the Year of Mercy, which also highlights the commitment to preserving the environment, he told ucanews.com.

"We see that Lake Toba is now threatened with destruction. There is illegal logging, chemical waste pollution, domestic waste and big-scale pig farming and the government fails to pay attention," he said.

Therefore "we wrote to President [Joko Widodo] in late May to express our stance," he said.

Mangadar Situmorang, rector of the Bandung-based Parahyangan Catholic University, said that the great danger of tourism development would be the marginalization of local people.

Frans Teguh, assistant deputy of the Infrastructure Development and Tourism Ecosystem at the Ministry of Tourism has promised "to think about" what the archbishop has said.

"We will discuss the request of the Catholic Church as was made by Archbishop Sinaga when we draft a strategic move," he said.

However, he noted that paying attention to local people has been on his list.

"No matter what, the target of this program is the acceleration of the people’s development," Teguh said.