On the 31st anniversary of the Tiananmen Square massacre, the free world must challenge a regime that can never be trusted
Published: June 04, 2020 03:49 AM GMT ▾ Thirty-one years ago today, the Chinese Communist Party (CCP) showed its true colors when it sent its tanks and guns into Tiananmen Square, massacring thousands.

Today the world is beginning to wake up to the sheer brutality, inhumanity and mendacity of the Chinese regime as we see the incarceration of more than a million Uyghur Muslims in concentration camps, the way the regime’s repression of truth led to a global pandemic, and the direct threat it now poses to Hong Kong’s autonomy and freedoms. And there are growing fears that we are closer to a Tiananmen 2.0 than at any point in the past three decades.

How have we got here? Broadly, there are three factors: failures of foreign policy on the part of many countries towards China, the arrival of Xi Jinping and the rise of Chinese nationalism and expansionism. And all three are interconnected.

The international community — and especially the democratic world — were surprisingly quick to put the bloodshed of 1989 behind them. Yes, there were the initial statements of condemnation and some sanctions, but they did not last long. In their naivety, Western liberal democracies believed that despite massacring thousands of protesters, the CCP would still eventually reform politically as the country opened up and developed economically. Even more unwisely, they assumed — wrongly — that the way to develop a positive relationship with the regime was to kowtow as low as possible, remain silent on inconvenient issues such as human rights, fete China’s leaders and sign trade and investment deals worth billions.

Yet the only thing this approach achieved was to embolden the butchers of Beijing. For perhaps a decade around the turn of the millennium, there was a period of relative relaxation in which the prospects for liberalization seemed a little more hopeful. Bloggers, journalists, human rights lawyers, environmental campaigners and civil society activists operated in a slightly expanded space — still within limits, still risking arrest, but with the red lines marking what was unacceptable drawn a little wider.

Christians worshiping in unregistered churches, as long as they were small in number, were treated a little more leniently and often, depending on the attitudes of local authorities, a blind eye was turned. The persecution of the Buddha-school meditative practice Falun Gong intensified, and dissidents were periodically rounded up, but otherwise there was — for a time — a belief that at least the worst excesses of the regime’s past repression were over. That hope proved false.

Then, in 2012 Xi Jinping became the CCP’s general secretary and the following year president. Fleetingly there were hopes that he might be a liberal, but whoever thought that was quickly disabused of the notion. Xi not only launched the most severe crackdown on human rights since the Tiananmen massacre, proving himself intolerant of any form of dissent whatsoever, but also resurrected the cult of personality for the first time since Mao Zedong and tightened control of propaganda.

He changed the constitution, ending term limits and making himself president for life. He proved surprisingly thin-skinned, banning Winnie the Pooh after comparisons were made between his appearance and that of the fictional bear. And the regime launched the biggest assault on religious freedom since the Cultural Revolution, destroying thousands of crosses and churches, displaying Xi’s portrait and CCP slogans in churches alongside, or instead of, religious symbols and statues, and creating a new gulag in Xinjiang. A new Orwellian surveillance state — trialed in Xinjiang but rolled out across the country — to monitor people’s every move is perhaps Xi’s biggest legacy.

The legitimacy of the CCP regime was initially ideological, based on communist revolution, but after the death of Mao and the new era of reform led by Deng Xiaoping this was replaced by economic growth. As a growing number of Chinese people were lifted out of poverty — and a wealthy elite and more comfortable middle class emerged — China’s rulers could be confident that their power was secure. But as economic growth slows, the regime has been thrashing around in search of new sources of popular consent — and has alighted on fervent nationalism and expansionism.

Nowhere do all these elements converge more starkly than in Hong Kong, the city handed over to China 23 years ago on the principle of “one country, two systems.” For at least half of the past two decades, the experiment — allowing Hong Kong a “high degree of autonomy” and basic freedoms unheard of on the mainland — worked. However, under Xi’s rule that changed and the regime’s encroachment on the city’s affairs has increased with ever more alarming severity, first through its proxy puppets and now directly.

Erosion of Hong Kong’s freedoms and autonomy began in earnest with the abduction of booksellers critical of the CCP, the disqualification of pro-democracy candidates, the expulsion or denial of entry of foreign journalists and activists including myself, and a proposed law last year that would have allowed for the extradition of suspects from Hong Kong to the mainland for prosecution, destroying the “firewall” between the two systems.

That final act sparked a major uprising that has lasted almost a year, despite shocking police brutality, and led to an overwhelming victory for the pro-democracy camp in last December’s local council elections. Last week the regime decided in effect to do away with “one country, two systems” altogether by imposing on Hong Kong from Beijing a national security law that will destroy the territory’s freedoms and lead to political prosecutions of the kind we are familiar with on the mainland.

Behind all this we see those three factors. If the free world had stood up for Hong Kong more robustly at the first sign of meddling with its promised autonomy, perhaps we would not be where we are now. If a different leader had been in power in Beijing, perhaps China might have kept to its side of the bargain. And if the CCP hadn’t resorted to nationalism and expansionism, perhaps they would have tolerated Hong Kong’s autonomy a little longer.

But finally, as a consequence of Xi’s belligerence and bellicosity — and the regime’s willingness to repress the truth about a virus by silencing whistleblowers instead of immediately informing the world, thus plunging us all into a global crisis that has destroyed thousands of lives and millions of livelihoods — the world is waking up to the true nature of the regime we saw in those tanks and bullets 31 years ago: a regime that can never be trusted.

Will we make the same mistake again? Or will we take the chance, this time, to rethink? If we adopt a new approach, there are clear steps we should take. We should hold an international inquiry into the causes of the pandemic, diversify our supply chains, deny Chinese corporations such as Huawei access to our critical industries, hold the regime accountable for mass atrocities including the persecution of the Uyghurs and forced organ harvesting from prisoners of conscience, impose Magnitsky-style targeted sanctions on officials in Beijing, Xinjiang and Hong Kong responsible for grave human rights violations, stand by Taiwan in the face of increasing aggression from Beijing, lead an international coalition of like-minded countries to coordinate a global response and pursue legal avenues to address China’s breach of the Sino-British Joint Declaration, a legal treaty lodged at the United Nations and valid until 2047.

Most of all, we must do everything possible to prevent a Tiananmen 2.0, whether in Hong Kong or anywhere else in China, by ensuring a proper human rights monitoring mechanism. That could involve the establishment of a UN special rapporteur, as some have called for. We must not repeat the cynicism of the past, where we stayed silent on human rights after a massacre. Instead, we must speak out for human rights before a massacre is repeated. Let us act now, before it is too late. 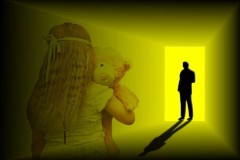