Devotees pray in front of the image of 'Our Lady of Mediatrix of All Grace' in the city of Lipa in Batangas province. (ucanews.com photo by Roy Lagarde)

Philippine Catholic bishops said there is no need for apparitions to honor the Virgin Mary after the Vatican declared that a reported apparition in the Philippines some 60 years ago has no "supernatural origin."

"We do not need apparitions to honor her," said Archbishop Socrates Villegas of Lingayen-Dagupan, president of the bishops' conference in a text message to reporters in Manila.

"Her being the mother of Jesus is our first and constant reason for honoring her," said the bishop.

The Vatican issued a decree late last year that overruled an earlier declaration that apparitions in Batangas province in 1948 were of "supernatural origin."

"Rome has spoken. The case is closed. We all obey," said Archbishop Villegas. "We always obey the Holy See," he added.

The Congregation for the Doctrine of the Faith said it overruled a decree made last year by Archbishop Ramon Arguelles of Lipa that declared "with moral certainty" that the Marian apparitions in 1948 were "worthy of belief."

The Vatican cited a definitive confirmation made by Pope Pius XII in 1951 on the supposed apparitions that declared the incidents "were not of supernatural origin."

"The [Congregation for the Doctrine of the Faith] repeats its instruction that any and all commissions studying the question of the alleged supernatural phenomenon of the alleged apparitions in the Carmel of Lipa be immediately disbanded," read the Vatican decree.

On Sept. 12, 1948, the Virgin Mary reportedly appeared before Carmelite postulant Teresing Castillo and reportedly told the aspiring nun that she was "Mary Mediatrix of All Grace."

The apparition was followed by several appearances of unexplainable showers of rose petals inside and outside the Carmelite convent in Lipa town. 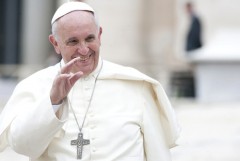 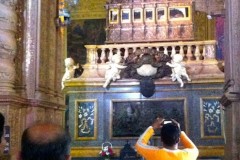 The Vatican, however, said "the matter of the phenomenon of Lipa is not subject to the authority of the local diocesan bishop ... therefore, the decree of Archbishop Arguelles is null and void."

In the 1948 apparitions, the Virgin Mary reportedly appealed for humility, penance, and prayers for priests and for the pope.