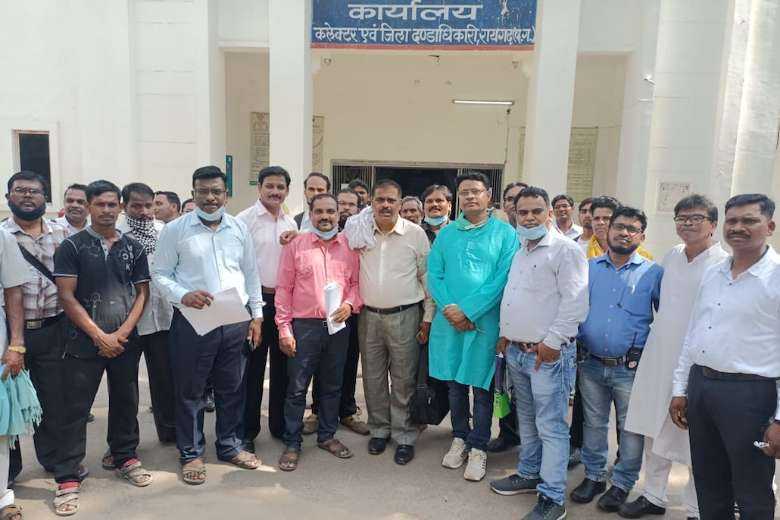 Christian leaders submit a memorandum to Chhattisgarh’s district collector and chief minister on Sept. 2 informing them about Christian persecution in the state. (Photo supplied)

A pastor and two of his companions in the central Indian state of Chhattisgarh were attacked inside a police station after being accused of religious conversion — the second such incident in the space of a week.

The latest attack by Hindu activists was reported on Sept. 5 at Purani Basti police station in the Bhatagaon area.

According to police, Pastor Harish Sahu was called to the police station over complaints of forced religious conversions being carried out by him in the area.

The activists accused Pastor Sahu of indulging in religious conversion and manhandled and abused the trio. A video of the incident has surfaced on social media.

After the incident, Bariyekar lodged a complaint with police and several people were booked for rioting, obscene acts and songs, voluntarily causing hurt and criminal intimidation.

Who gave permission to Hindu fundamentalists to take the law into their own hands?

“It is a matter of concern for all of us as attacks on Christian people are reported very often here,” Archbishop Victor Henry Thakur of Raipur told UCA News.

He said the pro-Hindu Bharatiya Janata Party (BJP) had lost power in the state and an election is due next year in neighboring Uttar Pradesh. The BJP has nothing to give to the people, so it wants to create a division.

“Police have so far arrested seven people and at least a first information report [FIR] has been filed. In most cases police hesitate to file a FIR and try to compromise with both parties,” he said.

“We can imagine what the law and order situation is in the state when Hindu activists can enter a police station and attack a pastor and police become mute spectators. The police are supposed to protect citizens but here they are helpless.”

The latest incident occurred a week after Pastor Kawalsingh Paraste was allegedly beaten up in his house in Polmi village in Kabirdham district by a mob of over 100 people who accused him of indulging in religious conversions.

Chhattisgarh is India's most densely Hindu state with 98.3 percent of its 23 million people being Hindu. Muslims account for 1 percent; Christians, mostly tribal people, account for 0.7 percent.