Another Marcos kicks off Congress campaign in Philippines 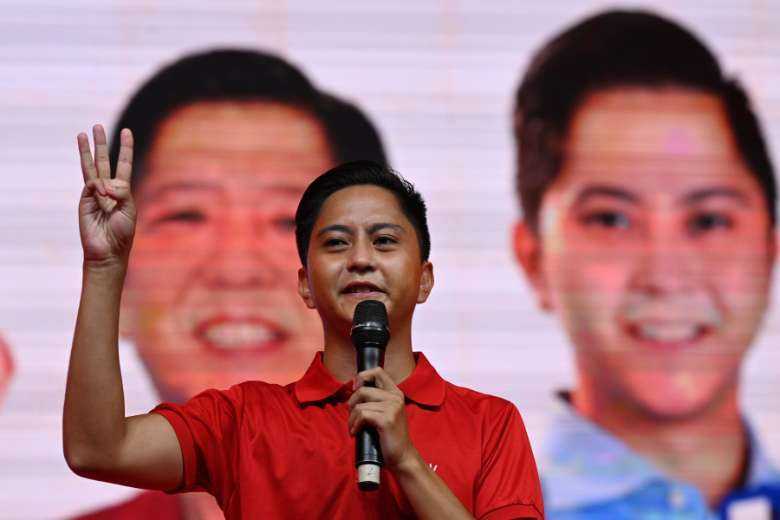 Thousands of supporters turned out in the northern Philippines Friday as the eldest son of presidential election favorite Ferdinand Marcos Junior launched a campaign for Congress.

Ferdinand Alexander Marcos, nicknamed "Sandro", is running for elected office for the first time in a bid to strengthen the family's stranglehold on power in Ilocos Norte province where they already hold most of the top posts.

Opinion polls show his father -- himself the son of former dictator Ferdinand Marcos who presided over widespread human rights abuses during his 20-year rule -- heading towards a decisive win in a May 9 presidential election.

Victory in the presidential race would cap a stunning comeback for the controversial clan, 36 years after a military-backed popular revolt toppled the patriarch from power and chased the disgraced family into exile in the United States.

Marcos Junior's nearest rival for president is incumbent Vice President Leni Robredo, who was trailing by 45 percentage points in the latest poll by Pulse Asia Research.

As the family seeks a return to the presidential palace in the capital Manila, they are also looking to make a clean sweep of the top posts in their traditional stronghold of Ilocos Norte.

After working for a congressman relative in the House of Representatives, Sandro is trying to wrest control of the House seat in the provincial first district from Ria Farinas, the incumbent and member of a rival family.

"My past experience has actually prepared me for this moment, for this coming campaign, and hopefully for the victory that's to come," Sandro told reporters at the campaign launch in the provincial capital Laoag, adding his father was his inspiration.

As Marcos Junior arrived at the rally he told AFP he was "very proud" of his son but denied the family was a dynasty.

Sandro's cousin Matthew Marcos Manotoc -- the son of Marcos Junior's sister Imee, who is a senator -- is seeking re-election as governor of the province.

Marcos Junior's cousin, Michael Marcos Keon, is running for a second term as mayor of Laoag.

Among other Marcos relatives running for election, Cecilia Marcos is vying to hold on to the vice governor position, while Angelo Marcos Barba is defending his congressional seat in the province's second district.

More than 18,000 posts are up for grabs in the national elections, from the president all the way down to the town councilor.

As campaigning for local positions got underway Friday, Marcos supporters from nearby towns arrived in Laoag by jeepney and local government vans at the provincial capitol building wearing the clan's campaign color red t-shirts and caps.

Emerald Aquino, 14, stood at the front of the crowd of several thousand holding a cardboard sign reading "I love u Sandro I do!!!"

"We support Marcos -- all of them," she told AFP. "We believe the older people who say they are good."

"It just reflects how politics is in the Philippines -- it's really driven by elites fighting for positions of power."