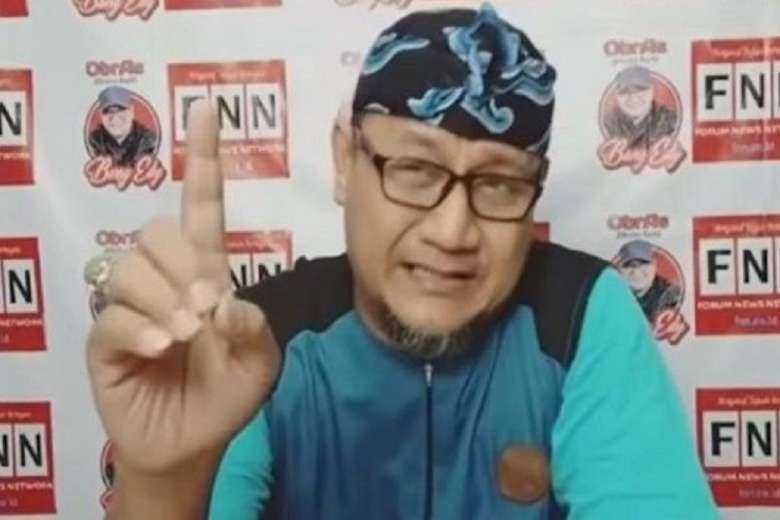 Edy Mulyadi has been charged with hate speech. (Photo: YouTube)

Edy Mulyadi, 55, from Jakarta, found himself in hot water after calling Kalimantan — where many Dayaks live — “a place of evil spirits [genies] that throw away children.”

The comments were made in a video uploaded on his YouTube channel, sparking outrage among Dayaks and protests in several towns on Borneo.

He was responding to a government announcement that Indonesia’s capital city would be relocated from Jakarta because of flooding to Kalimantan and called Nusantara.

Mulyadi, a member of the Islamic-based Prosperous Justice Party, is currently being held in Jakarta.

We, the Dayak people, are not evil spirits or monkeys. We are Indonesian people like other people in this country. Mulyadi’s statement was very dangerous and divisive

“We, the Dayak people, are not evil spirits or monkeys. We are Indonesian people like other people in this country. Mulyadi’s statement was very dangerous and divisive,” he said.

“They were insulting to all people in Kalimantan,” he told UCA News on Feb. 1.

As a public figure, he should issue statements promoting unity and peace in society, not divisions. “Although he has apologized, police have to prosecute him to set an example,” he said.

According to Indonesian law, Mulyadi could face up to 10 years in prison for hate speech.

Earlier this month a Protestant politician in Indonesia was charged with hate speech for allegedly making offensive social media comments against Muslims.

Ferdinand Hutahaean, a Democrat Party politician, was arrested on Jan. 10 following an outcry over a comment on Twitter in which he allegedly taunted Muslims by calling their God “weak.”