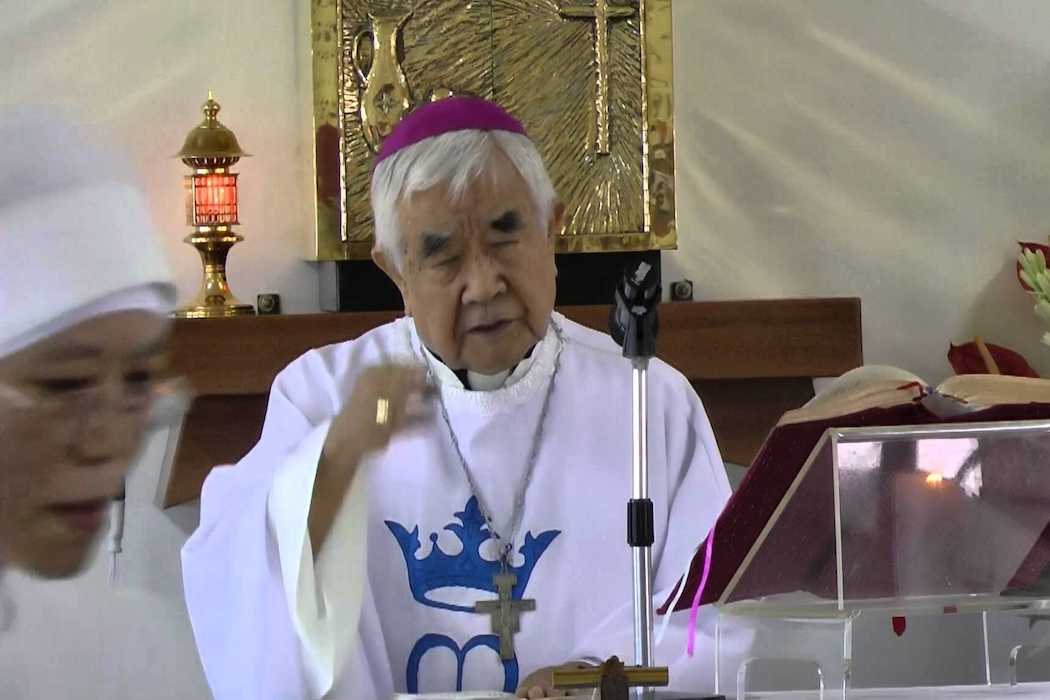 Archbishop Joseph Ti-kang said he was "very disappointed and anguished" to learn about the actions of Taiwan Lourdes Association. (ucanews.com photo)

Emeritus Archbishop Joseph Ti-kang of Taipei, 90, who has supported the lay organization for many years, accused it of straying from its mission of caring for people living with HIV/AIDS.

"It outwardly conveys God's love but actually deviates from the original intention, contrary to the church's teachings," he wrote in a letter published in Catholic Weekly of Taipei Archdiocese on May 27.

Archbishop Ti-kang said he was "very disappointed and anguished" after learning about what had been going on.

He criticized Lourdes Association's online Plus Radio for promoting the sexual rights of people living with HIV, introducing drugs and detailing methods of avoiding police inspection.

He emphasized the purpose of his letter was to "make people inside and outside the government and the church see the truth and not be deceived."

He further urged church members "to withdraw immediately from the supervisory committee of Lourdes Association and other services, and not to participate in any activities of the association and Taiwan GDi Association."

The archbishop asked the association to stop using "Lourdes" in its title as it is a name of great significance to the church.

Lourdes Association received the letter before its publication and responded by issuing a statement on its website on May 24.

The statement expressed "shock and astonishment" as Archbishop Ti-kang had worked with the association for a long time in caring for those with HIV/AIDS and had close communications with its members.

It said Taiwan GDi Association was no longer its subsidiary and had been independent since 2013.

The statement said its online radio provided professional opinions on HIV/AIDS and drug addiction and there was "absolutely no evidence of encouraging illegal activity or drug use."

A Taiwanese Catholic supported the archbishop and said the truth had to be told. She said Taiwan GDi Association's website contained articles about issues such as how a gay person feels about having sex with a non-gay person.

Lourdes Association, formerly known as Lourdes Home, was established by the Daughters of Charity of St. Vincent De Paul in the 1960s with a mission of caring for orphans and disadvantaged children. In 1997, it switched to work for people living with HIV/AIDS, and Taipei Archdiocese provided accommodation for people who had the virus.

According to the association's website, the Daughters of Charity left the association with lay people in 2007, while Taipei Archdiocese also took back its premises.

Nuns of the Missionary Sisters Servants of the Holy Spirit continue to assist the association, while many religious and church groups also support its services.

Lourdes Association helps people with HIV/AIDS, drug addicts and their families, providing them with a link to basic living needs. It also provides HIV/AIDS information and counseling services, support networks, rights advocacy and referral services. It also works on the mainland to provide training courses.