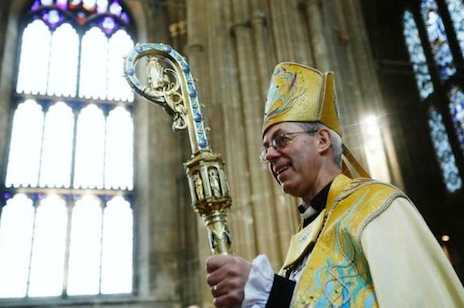 The head of the Church of England has said he was embarrassed to find out that his organisation had invested indirectly in a short-term loan company which he had vowed only days earlier to drive out of business.

The discovery of the relatively small investment was a major setback for Archbishop of Canterbury Justin Welby, after he launched a scathing attack on “payday” lenders who charge high interest rates on short-term loans that are typically repaid when borrowers receive their wages.

But the former oil executive and a member of Britain’s Banking Standards Commission said on Friday he would push ahead with his campaign to compete with, and eventually render obsolete, a business he labels “morally wrong”.

Welby’s attack on companies like Wonga, which this month lifted the annual interest rate on its loans to 5,853 percent, has gained widespread support among Britons who say the lenders are preying on poorer families already mired in debt.

“It shouldn’t happen, it’s very embarrassing, but these things do happen and we have to find out why, and make sure it doesn’t happen again,” Welby, leader of the world’s 80 million Anglicans, told BBC radio when asked about the investment.