Ali Zafar has been accused of sexual harassment by his fellow singer Meesha Shafi. (Photo supplied)

Women’s rights groups have lodged a protest with Pakistan’s government for its decision to confer the country’s highest civil award to a popular singer facing allegations of sexual harassment.

Ali Zafar was accused by his fellow singer Meesha Shafi of harassment during a jamming session in a case regarded as Pakistan’s MeToo moment.

The 40-year-old singer has denied the accusation and sued Shafi for tarnishing his reputation.

In a surprise move on Aug. 14, President Arif Alvi announced Zafar’s name among the annual recipients of Pride of Performance awards for “especially meritorious contributions to the fields of literature, arts, sports, medicine and science.”

The decision has sparked anger among women’s rights campaigners and feminist groups. Another Ahmadi man murdered in Pakistan 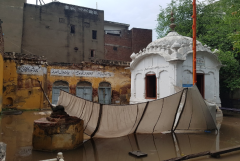 "The decision by the office of the president to confer the Pride of Performance on Ali Zafar has deeply concerned us as Mr. Zafar stands accused of multiple charges of harassment in ongoing cases. Given the distinct accolade the award entails, we do not wish to see its legacy tarnished," read the letter.

"It is troubling because of the impression it gives — that the Pakistani state inadvertently stands behind men accused of sexual misconduct regardless of pending verdicts. It is insensitive as it moves to invalidate the testimonies of multiple women and promotes a culture where sexual misconduct is not taken seriously."

The groups called on the prime minister to defer the decision to a time when all legal matters pertaining to allegations against Zafar have ceased.

“Additionally, we ask the prime minister to consider harassment-free workplaces as a top priority for the state. To this end, we remind the government that both the National Commission on Status of Women and the Punjab Commission on the Status of Women have been without a chair for more than a year,” the letter stated.

“Most workplaces, government and private alike, do not display the Code of Conduct on sexual harassment at conspicuous places nor have standing committees as required by the Protection Against Harassment of Women at the Workplace Act, 2010.”

“In order to preserve the dignity of women, and make this government’s stance against discrimination and sexual harassment clear, we request you take these matters in urgent consideration as the offices of the government of Pakistan cannot be associated with discriminatory systems, symbols, standards and work ethics."

Maryam Kashif, a Karachi-based Catholic activist, backed the content of the letter, saying Ali Zafar should never have been chosen for the prestigious national award in the first place.

“What kind of a message does the government want to deliver by conferring the Pride of Performance award on a man facing allegations of sexual harassment? It is an insult to Pakistani women who are already struggling for safer workplaces in a patriarchal society,” Kashif said.

“The government should immediately withdraw Ali Zafar’s name from the recipients of the award.”