Government accused of crushing dissent with threats, imprisonment and violence 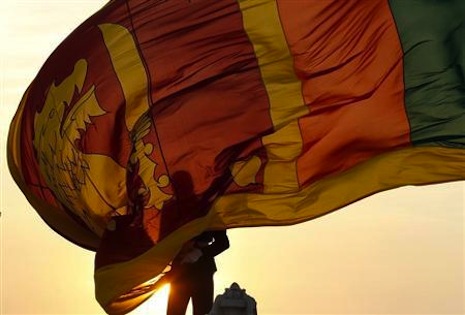 The Sri Lankan government is intensifying a crackdown on critics in order to tighten its grip on power, rights group Amnesty International said on Tuesday, urging Commonwealth countries not to hold a summit there in November.

But the island nation's government accused Amnesty International of being in the pay of supporters of the Liberation Tigers of Tamil Eelam (LTTE), an insurgent group defeated in a nearly 30-year war that ended in May 2009.

"Over the past few years we have seen space for criticism decrease. There is a real climate of fear in Sri Lanka, with those brave enough to speak out against the government often having to suffer badly for it."

The rights group said the report was based on interviews with witnesses, lawyers and activists, legal affidavits, court records, reports by Sri Lankan, United Nations, and international human rights organizations, as well as local and international media reports.

The report also said journalists, the judiciary, human rights activists and opposition politicians were among those who have been targeted in a pattern of government-sanctioned abuse, often involving the security forces or their proxies.

"Amnesty is being pushed by the same group who back the LTTE. They are paid-up by them," said government spokesman Keheliya Rambukwella.

"Amnesty is always against Sri Lanka and they never see anything positive. We accept still there are some problems, but they need to see what we have done good also."

Sri Lanka is also under pressure from the United Nations and some Western nations to address its rights record.

The United Nations adopted a second United States-sponsored resolution on March 21 asking Sri Lanka to carry out credible investigations into killings and disappearances during its nearly 30-year civil war, especially in its brutal final stages.

A U.N. panel has said tens of thousands of civilians were killed in the final months of a war as government troops advanced on the last stronghold of the LTTE which had been fighting for an independent homeland since 1983.

Truscott also urged members of the Commonwealth, a grouping of 54 countries which evolved from the former British empire, not to hold its bi-annual heads of government meeting (CHOGM) in Sri Lanka in November unless matters improve.

"The CHOGM meeting must not be allowed to go ahead in Colombo unless the government has demonstrated beforehand that it has stopped systematic violations of human rights. All attacks on individuals must be promptly, impartially and effectively investigated and those responsible held to account."