Religious leader in jail for blasphemy An appeal has been made to Indonesian President Susilo Bambang Yudhoyono (file picture: imagemaker/Shutterstock.com)

"Amnesty International continues to be concerned about the ongoing imprisonment of Shia religious leader Tajul Muluk for blasphemy, nearly two years after his conviction. The organization calls on President Susilo Bambang Yudhoyono to release him immediately and unconditionally," Amnesty International said in a statement released on Tuesday.

The Shia cleric is  serving a four-year sentence for blasphemy, after saying Muslims were not using the original text of the Qu'ran.

Amnesty International said the conviction and sentence violates the International Covenant on Civil and Political Rights, which Indonesia signed. The covenant upholds an individual's right to freedom of opinion and expression. Shia refugees demand to be let back into their village 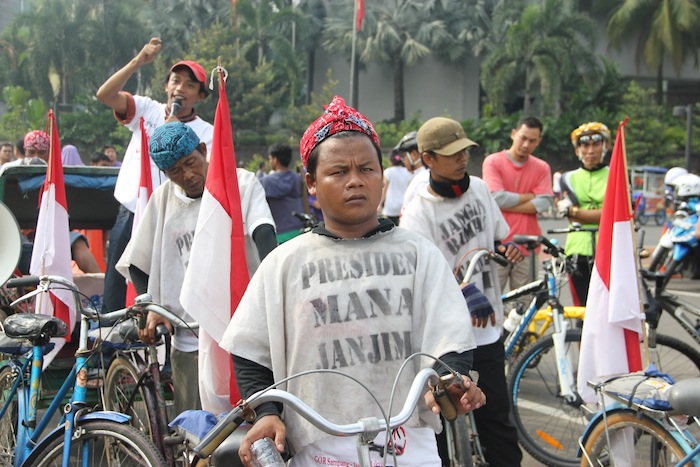 Iklil Al Milal, Muluk's brother, told ucanews.com that he hopes his brother will be released soon.

"The ball is in the president's court. Will he release him or not? It is all down to his commitment," he said.

Amnesty also called on Yudhoyono to fulfill his promise to a displaced Shia community in Sampang, to which Muluk and Milal belong.

The community was forcibly evicted in August 2012 after a Sunni Muslim mob attacked two villages on Madura Island, setting dozens of homes on fire.

Last year, Yudhoyono promised to ensure their return to their villages and to rebuild homes and other buildings that were destroyed.

"However, the community remains displaced, in limbo and uncertain about the future," Amnesty said.

The jailed cleric's brother noted that the 223 members of the Shia community receive a monthly government stipend of about US$60 to support their families.

"We can survive with the money. But it's not what we want. We want a space where we can live freely and be respected," Milal said.

The displaced Shia community, he said, "wants to go home".