Amid tensions in China, Vatican tells clergy to follow their conscience The Vatican has told bishops and priests in China that they must follow their own consciences in deciding whether to register with the government, and it urged Catholics in the country not to judge them for the choices they make.

The problem, the Vatican said, is that registration almost always requires the bishop or priest to accept "the principle of independence, autonomy and self-administration of the Church in China," which could be read as a denial of one's bonds with the pope and the universal Church.

Releasing the "pastoral guidelines of the Holy See concerning the civil registration of clergy in China" June 28, the Vatican acknowledged that acceptance of the independence of the Church in China comes despite "the commitment assumed by the Chinese authorities," in an agreement with the Vatican in September, to respect Catholic doctrine.

Deciding whether to register with the government, which is the only way to be able to minister openly, is a choice that is "far from simple," the guidelines said.

"All those involved — the Holy See, bishops, priests, religious men and women and the lay faithful — are called to discern the will of God with patience and humility on this part of the journey of the Church in China, marked, as it is, by much hope but also by enduring difficulties."

The guidelines assured Chinese clergy that the Vatican "continues to dialogue with the Chinese authorities" to find "a formula that, while allowing for registration, would respect not only Chinese laws but also Catholic doctrine."

In the meantime, however, the guidelines said, "if a bishop or a priest decides to register civilly, but the text of the declaration required for the registration does not appear respectful of the Catholic faith, he will specify in writing, upon signing, that he acts without failing in his duty to remain faithful to the principles of Catholic doctrine.”

"Where it is not possible to make such a clarification in writing, the applicant will do so at least orally and, if possible, in the presence of a witness," and then communicate that to his bishop, it said.

Registration, the Vatican said, has "the sole aim of fostering the good of the diocesan community and its growth in the spirit of unity," as well as allowing for evangelization and "the responsible management of the goods of the Church."

The Vatican also said it "understands and respects the choice of those who, in conscience, decide that they are unable to register under the current conditions." 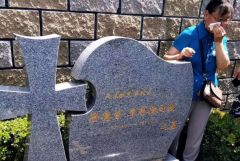 Commenting more generally on the registration requirement, the Vatican said the Chinese constitution "formally guarantees religious freedom" and the provisional agreement the Vatican and China signed in September recognizes the special role of unity with the pope in the Catholic faith.

Therefore, it said, the Vatican interprets the "independence" of the Catholic Church in China "not in an absolute sense," for example as independent of the pope and the wider Church, "but rather relative to the political sphere, as happens everywhere in the world."

"To affirm that for the Catholic identity there can be no separation from the successor of Peter does not mean making the local Church an alien body in the society and the culture of the country in which she lives and works," the Vatican said.