Members of Myanmar's security personnel patrol inside the People's Square and Park during the celebrations to mark the Thadingyut festival in Yangon on Oct. 9, 2022. (Photo: AFP)

New rules regulating the registration of non-profit organizations (NGOs) imposed by the junta in conflict-torn Myanmar have raised alarm among the United Nations and aid workers as it will impact humanitarian assistance to millions of displaced people.

The State Administration Council on Oct. 28 imposed a law that makes registration compulsory for both national and international NGOs and associations.

Under the new law, which repealed the 2014 Association Registration Law, organizations that fail to comply will face punishments including jail terms of up to five years.

The UN Human Rights Office for Southeast Asia (OHCHR) said it was deeply concerned about “the potential negative impact on civic space and human rights” of the new rules on the registration of NGOs in Myanmar.

“Civic space has been decimated in the country already due to the military’s actions, particularly its systematic harassment, arrest and prosecution of anyone who opposes their coup,” James Rodehaver, chief of the OHCHR Myanmar team, said.

“These new rules could greatly diminish what operational space is left for civic organizations to deliver essential goods and services to a population that is struggling to survive,” he said.

The UN said since the coup in February 2021 and in pursuance of their four-cuts strategy, the military has put in place numerous measures, including internet shutdowns in over 20 townships, eroding civic space and preventing the exercise of fundamental rights, such as freedom of expression and association.

The military has used the legal framework and the judiciary to crush any opposition and these new provisions add to the legal arsenal at their disposal to exert authoritarian control over Myanmar, it said.

More than 1.4 million displaced people are in dire need of life-saving humanitarian assistance from the UN and NGOs which already face restricted access to IDPs.

Observers say the new law will have a severe impact on providing humanitarian aid by NGOs who work with civil society groups which play a key role in the provision of such assistance.

“The military has an obligation to the people of Myanmar to facilitate the work of civil society and to ensure unimpeded access to communities in desperate need of assistance, not target them through bureaucratic harassment or threaten them with prosecution,” Rodehaver said.

The number of IDPs has increased in war-torn Myanmar as the military regime has stepped up its scorched earth campaign against civilians in several regions, including the predominantly Christian regions of Kachin, Karen, Kayah and Chin states.

More than 2,500 people, including scores of children, have been killed and over 16,000 people have been detained by the junta since February last year. 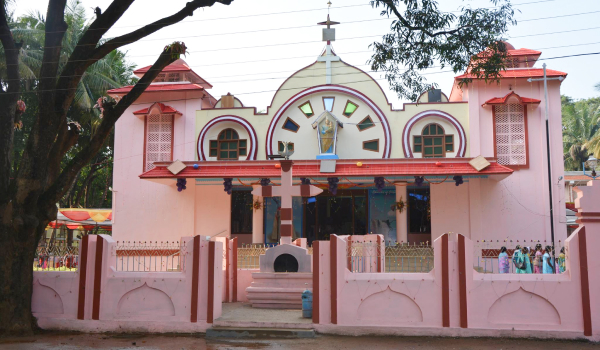