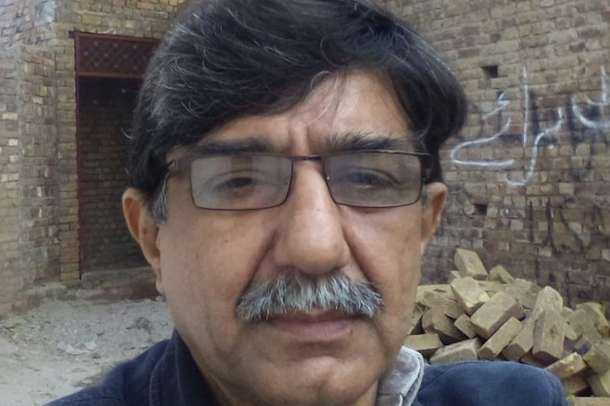 An Ahmadi professor was killed in a drive-by shooting in Pakistan’s Khyber Pakhtunkhwa province in a religiously motivated attack, a community spokesman and police said.

Naeem Ud Din Khattak, a professor at the Government Superior Science College Peshawar, was on his way home from college when an unknown assailant on a motorcycle opened fire at him on Oct. 5. The 56-year-old was struck by five bullets and died instantly.

He has left behind a widow, two sons and three daughters.

“We offer our deepest condolences to his family. Please remember his family in your prayers. Remember every Ahmadi in your prayers who is going through hardship and is victim of persecution and violence,” said Saleem Ud Din, a spokesman for Pakistan’s minority Ahmadi community.

“Over the past few months, there has been an increase in faith-based attacks on Ahmadis. In Peshawar an organized hate campaign has been launched against Ahmadis which has resulted in the killing of Ahmadis.  The government has failed to protect the lives of his citizens.

“We expect the government and law enforcement agencies will take swift action against culprits and will make sure that they are held accountable. We also hope the government will ensure that in future such hate campaign against Ahmadis will be dealt with and take practical measures.”

The victim's brother reported the matter to police, saying the professor had been facing constant threats from local clerics. Two of them were named by him in the first information report.

“His murder was purely on the grounds of his faith because being a devout Ahmadi he was not part of any political party or any other movement. He and his family were facing threats for many months. Two persons threatening him on the basis of faith have been named,” Saleem Ud Din added.

“One of those threatening him is a neighbor who went around spewing hatred by telling everyone in the colony that he is Ahmadi and then forced people to boycott Naeem and his family. So let’s not play politics on the brutal murder of an Ahmadi who was killed because of his faith.”

Ahmadi Muslims are among the most persecuted minority communities along with Christians, Hindus and Shias. Ahmadis are considered by mainstream Pakistani Muslims as heretics because of their belief that their founder Mirza Ghulam Ahmad was a prophesized messiah.

As a result, the community has been persecuted for decades.

In July, an elderly US citizen was shot dead inside a courtroom during a blasphemy trial in Peshawar. The gunman told media that he was directly ordered by Prophet Muhammad in his dream to kill the American for his Ahmadi faith.

On Aug. 12, another Ahmadi man was gunned down in the crowded Dabgari Garden area of Peshawar.