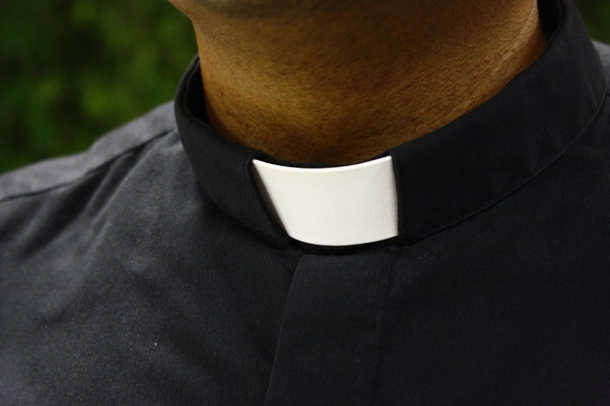 A Catholic priest from Africa who has worked as a missionary in Thailand for nearly a decade says he has faced persistent discrimination because of the color of his skin.

“Many times I have been bullied and subject to discrimination just because of my black skin,” he says.

The Catholic missionary says that despite his best efforts to learn Thai and observe local cultural norms, he has “always felt rejected or looked down upon” by many locals who consider Africans to be uncouth and uneducated.

Shortly after arriving in Thailand in 2012 to begin work in some Christian villages, following a six-year posting in the Philippines, the priest was immediately confronted by deep-seated prejudices against black people.

“I discovered that it was not easy to be a black person in this country,” he says, going on to add that he was even told by a Thai priest that “I don’t like black people [because] they are bad people.”

That statement, coming as it did from a man of the cloth, especially rankled. “Before that, I could not have imagined that a man of God could go so low. Maybe I was very naïve,” the anonymous African priest observes in a poignant essay published on June 18 by Khaosod.

In Thailand and other Southeast Asian nations, darker skin tones are widely associated with farmers and manual laborers — thus people of a lower social and educational status. People with darker complexions are often the butt of jokes in popular comedy shows where actors in blackface are common. They are also regularly portrayed as villains in soap operas.

Skin-whitening products are very popular, especially among women, as millions of locals see fair skin as inherently more attractive. The sale of skin whiteners is a billion-dollar industry in Thailand.

Black people living in Thailand or visiting the country have long been voicing complaints, usually in private, about being mocked or mistreated by some locals, including police.

An African-American engineer who until recently lived in Bangkok as a long-term expatriate was repeatedly stopped by police on the street in broad daylight just because he was black, according to a private conversation he had with a UCA News reporter.

He was even detained briefly one afternoon and taken to a police station because he did not have his passport on him. He was released once the officers realized he was not from Africa but the United States.

The officers explained that they had mistaken him for a Nigerian. Many Nigerians were involved in criminal activities in Thailand at the time, including the selling of drugs to tourists on the streets of Bangkok.

Other black people have told of similar experiences of being singled out for no particular reason other than the color of their skin. This month a young Thai woman of mixed Thai and African parentage who is an up-and-coming social media star in her homeland spoke out about the various forms of mockery and ostracism she says she has always faced because of her darker skin and African looks.

“They let me go from my job and wouldn’t say why,” Natthawadee Waikalo, 25, explained during a panel discussion on racism organized by the Foreign Correspondents’ Club of Thailand. The young woman added that she later learned she had been fired because her employer thought that her physical characteristics and demeanor “made the company look bad.”

Such incidents aren’t isolated. “Discrimination towards black people, in particular, is institutionalized here,” an expatriate stressed in a letter to the editor published in the Bangkok Post in 2018.

The Catholic missionary from Africa says he has found it hard to fit in in Thailand despite his best efforts to do so.

During Thai language classes “many young Thai people were willing to help my European colleagues do their assignments and improve their knowledge,” he says. “But no one accepted to help me even while I asked for their help. Many chose to keep making fun of my pronunciation instead,” he lamented.

The priest says he has faced similarly prejudiced attitudes even among his fellow Catholics. “During the meetings of priests and nuns, there seems to be an assumption that I am an ignorant; my Europeans peers were welcomed to give their opinions and I have to struggle to make my voice be heard,” he says.

A devout Catholic, the priest says his faith and sense of mission for the Church are helping him cope with the mockery and ostracism he experiences regularly.

“I always tell myself that not all Thai people are racist. I believe that there are many Thai people, even among priests and nuns, who are welcoming and kind.

“In fact, with time I came to meet very nice Thai people, and there are many who not only accepted me as a fellow human being but also welcomed me as a friend. They felt at home with me. In the parish I work for, many Thais also overcame their prejudices about me and treated me as an equal person.”