Homosexuals should not be sentenced to life in prison, says Turkson 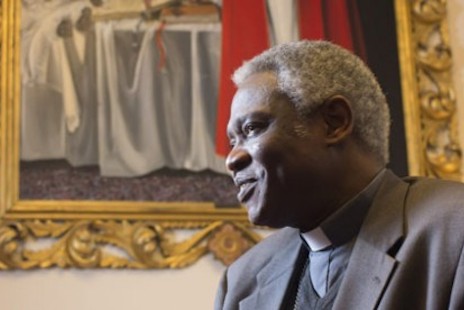 Cardinal Peter Turkson has criticised Uganda’s anti-gay law and called for the severe penalties it legislates for to be repealed.

According to reports, Cardinal Turkson of Ghana, president of the Pontifical Council for Justice and Peace, said earlier today that “homosexuals are not criminals” and shouldn’t be sentenced to life in prison.

Cardinal Turkson made his comments in Bratislava where he has been taking part in a Church and human rights conference.

He added that the Vatican also urges the international community to keep providing aid to Uganda, which has been hit with aid cuts in reaction to the passing of the new law. The World Bank has postponed a $90 million loan for Uganda’s healthcare programme.

This freedom, the Cardinal added, is not always protected. “At present, Christians are the religious group which suffers persecution in the largest number of countries on account of its faith,” a situation that “constitutes a grave violation of human rights,” he said.