Having landed on a six-month electronic visa, many evacuees are not sure how long they are welcome in India 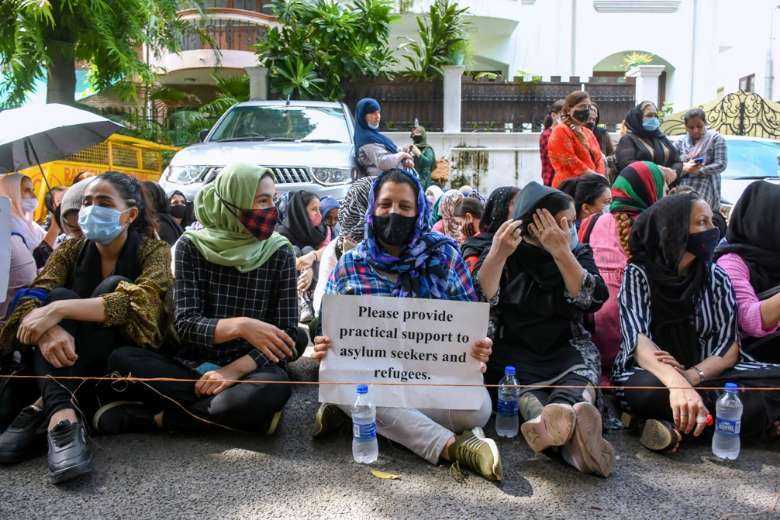 Many Afghan Sikhs and Hindus have landed safe and sound in India. But they are at a crossroads. The Afghan land and society they left behind continue to linger in the back of their minds.

Memories can be beautiful but to these ill-fated evacuees who keep talking to the media in choked voices, some sobbing inconsolably, they serve as a melancholic trap.

The memories of Afghanistan keep recurring because the evacuees are not sure how long they are welcome in India.

They are here on a six-month electronic visa and so making any long-term plan at this stage may not be feasible. Adding to their anxiety is the reported cancellation of at least 11,000 visas issued by the Indian embassy in Afghanistan.

“The tragedy is felt all the more because extraordinary hopes were infused in people’s hearts and minds during the past two decades. The days of bans on girls' education, music, entertainment and sports are back again,” an evacuee said.

Afghan Sikh lawmaker Narender Singh Khalsa broke down twice while recalling how his family had lived in Afghanistan for three generations and had to leave everything behind now. “What we have in Afghanistan now is zero,” he said in a choked voice.

The history of the land has been a mix of violence, deception and drug money

Santosh Gurpreet, a student of political science, had visited India for a family function in the past. “You all are very fortunate. You cannot imagine the life people live in Afghanistan under the Taliban,” he said.

He replied in the negative when asked if Afghanistan’s problems were caused due to people’s reluctance to take on the hardliners. “The real issue is corruption,” he said. “The history of the land has been a mix of violence, deception and drug money.”

“Baksheesh is the most commonly used word. It’s Arabic for gift and has become a part and parcel of Afghan people’s lives,” Santosh added.

A 52-year-old Hindu woman agreed with him. “My father used to say corruption came to Afghanistan with the Soviet invasion [in 1979],” she said, recalling the Russian word for bribe, vizyatka, and explaining it meant “take it, it’s for you.”

Afghan society had decayed so much that no one could live on a regular or known source of income anymore, she said.

Noor Mariam, a 45-year-old Muslim woman, said that without a doubt the conditions of Afghans and especially women were pitiable.

“The withdrawal of Western forces was planned very badly. The Americans need to explain why they treated Afghanistan like a hunting ground and then decided to leave it suddenly,” she said.

Many acknowledged that the Americans and Britons, especially church workers, brought in fresh ideas for improving the lives of women but abandoned Afghanistan “without giving adequate strength” to the Afghan elected government and military.

Another Muslim evacuee, Jahangir, who requested that his second name be withheld, said rather caustically: “Talking of our Afghan society, it is imperative to understand that even Americans lost hope. I think they realized that corruption was so high that no one could be trusted.”

He said deception was a way of life in the Central Asian country. “Dhokha (betrayal) is the order of the day. That’s why the Afghan forces did not fight the Taliban after the Americans left,” he added.

Kawaljeet, a 42-year-old father of three, said the real problem was that nobody knew what Afghan civil society wanted.

“Americans, British and German workers spent months in places like Kandahar and Ghazni, and yet they could not understand the real Afghan society. I was born and brought up in Kabul and studied in the US, but even I failed to understand them,” he said.

Kawaljeet worked part-time for the Indian embassy in 2019 but his predicament is no different from the other Afghan evacuees who have landed in India.

We will take it from there. That’s the current plan. This is an evolving situation

India brought over 550 people on six flights from Kabul and Dushanbe as of Aug. 27. Of these, over 260 were Indian nationals including embassy staff.

Ministry of External Affairs (MEA) spokesman Arindam Bagchi has said the Afghan nationals who have landed in India would stay under the six-month visa scheme. “We will take it from there. That’s the current plan. This is an evolving situation,” he said.

There are other problems facing Afghan nationals. One woman said her extended family got split and landed in three different countries. While some came with her to India, a few others were seen by her boarding a German aircraft while the rest she thought could be either in Pakistan or still held up at the Afghanistan-Pakistan border.

The bureaucratic hurdles and complexities are such that Rangina Kargar, a member of the House of the People of Afghanistan, was not allowed to enter India and was deported to Istanbul via Dubai despite a diplomatic passport.

“We were moving to the new e-emergency visa system. It appears that all this could have led to some confusion, which led to the unfortunate incident of denial of entry to a particular Afghan national,” the MEA spokesman said.

The cancellation of over 11,000 visas issued physically from Aug. 12-14 before the Indian mission closed down in Afghanistan was attributed to the Indian government’s apprehensions that they may be “misused” by disgruntled elements and anti-India groups operating from Pakistan.

Afghan nationals have been asked to travel to India only on an electronic visa.