Most Christians in Afghanistan are converts from Islam who face extreme danger following the Taliban takeover, ICC says 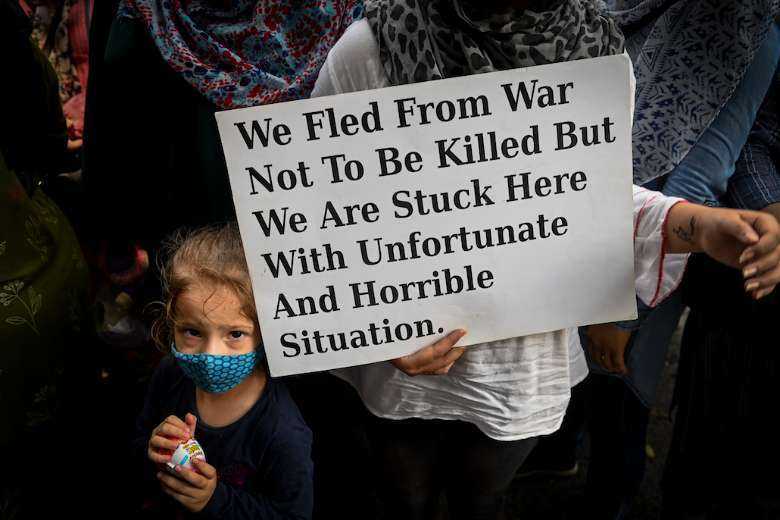 A Christian leader in Afghanistan has urged the Christian community to keep a low profile and stay home to avoid being targeted by Taliban fighters, says a US-based group monitoring persecution of Christians globally.

The members of the secretive underground church in Afghanistan have been living with fear and uncertainty since Taliban fighters captured capital Kabul and took control of the country on Aug. 15, reports International Christian Concern (ICC).

“We are telling people to stay in their houses because going out now is too dangerous,” a Christian leader in Afghanistan, whose name was withheld for security concerns, told ICC, adding that although Taliban has announced a general amnesty, there are fears Christians will be targeted by Taliban fighters patrolling the streets of Kabul and other cities.

ICC reports that Christians in Afghanistan are almost exclusively comprised of converts from Islam and are estimated to number 10,000 to 12,000. Due to persecution by extremist forces, Christians mostly live secluded lives hidden from the public eye.

For extremist groups like the Taliban as well as the conservative society, denouncing Islam is considered a disgrace and converts can face dire consequences if their conversion is discovered, according to ICC.

Under Taliban rule, non-Muslims must flee the country or accept second-class citizenship, while Christians who converted from Islam will be considered apostates and must brace for severe consequences under Sharia law.

Many Christians fear the Taliban will take their children, both girls and boys, like in Nigeria and Syria

“Some known Christians are already receiving threatening phone calls,” the Christian leader told ICC. “In these phone calls, unknown people say, ‘We are coming for you.’”

Despite no targeting killing of Christians reported since the Taliban takeover, it is only a matter of time before the killing starts, the Christian leader said. “It will be done mafia style. The Taliban will never take responsibility for the killings.”

The leader noted that Taliban rule will definitely make the lives of Christians difficult as the Taliban require all households in villages and cities they control to attend prayers in mosques five times a day. Those who miss prayers must provide a good reason to avoid punishment.

In parts of northern Afghanistan, where the Taliban have held control for long, strict Sharia laws have been applied, with men required to grow beards and women forbidden from leaving home without a male escort, media reports say.

The Christian leader said many Christian families are anxious over the safety and future of their children.

“Many Christians fear the Taliban will take their children, both girls and boys, like in Nigeria and Syria,” the Christian leader explained. “The girls will be forced to marry Taliban fighters and the boys will be forced to become soldiers. Both will be sent to madrasas to be brainwashed.”

To corroborate his concerns, the leader shared with ICC a written declaration by the Cultural Commission of the Islamic Emirate of Afghanistan, the name of the country declared by the Taliban.

“In order to eradicate the ignorance of irreligion and also social problems of the youth in these provinces in general, the officials of the Islamic Emirate are ordering all the people of these provinces, especially tribal elders, village khans, mullahs and mosques, to list young girls. They are over 15 years old, and widows should be handed over to the Mujahideen Cultural Commission of the Islamic Emirate under the age of 45. God willing, these sisters will come to the religious marriage of the mujahideen in order to learn pure Islamic lessons and accept Islam,” the declaration reads.

On Aug. 15, Caritas Italiana issued a press release expressing fears about the safety of Christians in Afghanistan.

The charity said it was suspending all its activities in the country where it has been present since 1990s and provided large programs of emergency aid, rehabilitation and development, the construction of schools and houses for displaced communities, among others.

“But the instability of the situation will lead to the suspension of all activities,” Caritas Italiana said, adding that “fears are growing about the possibility of maintaining a presence even in the future, as well as for the safety of the few Afghans of Christian belief.”

As of 2018, there were some 200 Catholics in Afghanistan and the only Catholic Church was located at the Italian embassy in Kabul, reported Catholic News Agency.