Advent is opportunity to to be purified, pope says

Pope Francis told people gathered in St. Peter's Square to see 'Jesus as the savior who comes for us' 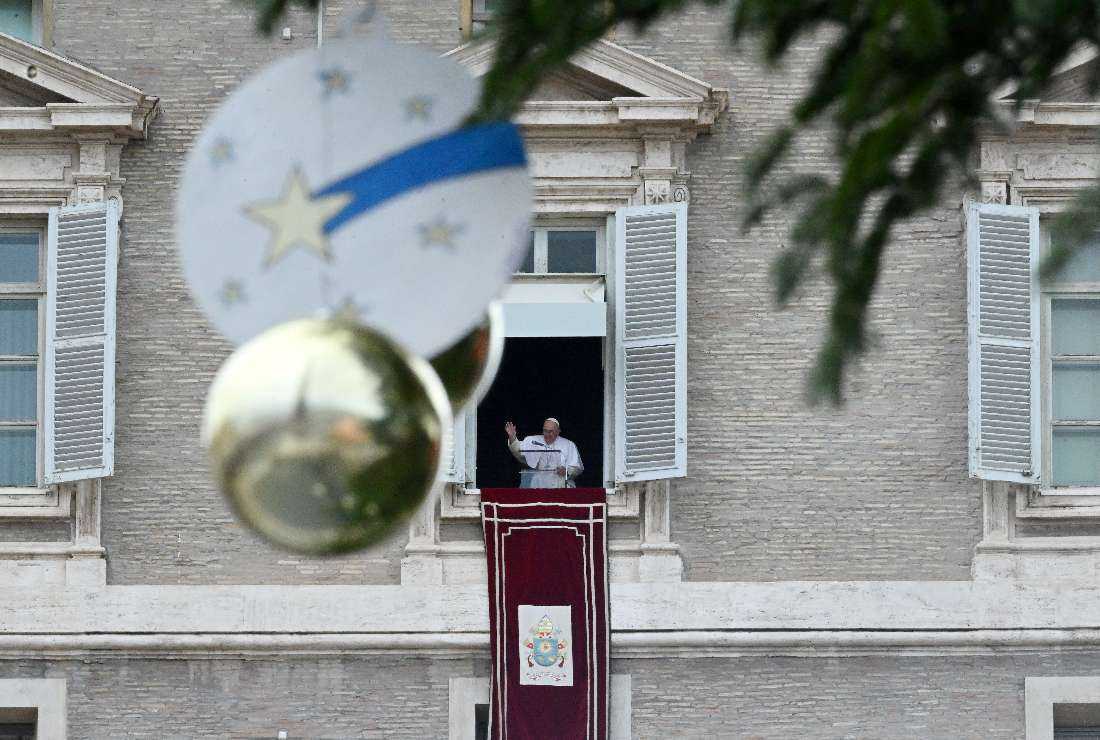 Pope Francis speaks from the window of the apostolic palace overlooking St. Peter's Square during his Angelus prayer at the Vatican on Dec. 4. (Photo: AFP)

The season of Advent is a moment of grace to help believers stop being presumptuous and pretending to be self-sufficient, Pope Francis said.

There is only one way to begin a new life: "the way of humility -- to be purified from the sense of superiority, from formalism and hypocrisy," the pope said Dec. 4, the second Sunday of Advent.

People need to see themselves "as sinners, and to see Jesus as the savior who comes for us, not for the others, for us, just as we are, with our poverty, misery and failings, above all with our need to be raised up, forgiven and saved," he told visitors and pilgrims gathered in St. Peter's Square for the recitation of the Angelus prayer.

The day's Gospel reading described St. John the Baptist's sharp rebuke of those who were known for their duplicity and presumption, and his urgent appeal to repent.

When St. John the Baptist says, "Produce good fruit as evidence of your repentance," the pope said, "This is a cry of love, like the cry of a father who sees his son ruining himself and says to him, 'Don't throw your life away!'"

If people presume they always are right, they will fail to welcome this loving invitation and miss an opportunity to begin a new life, he said.

"In essence, dear brothers and sisters, hypocrisy is the greatest danger, because it can even ruin the most sacred realities. Hypocrisy is a serious danger. This is why the Baptist -- as Jesus would be later -- is harsh with hypocrites," the pope said.

It is important to welcome God with humility, he said, "not bravura: 'We're strong; we are great people!'"

"Each of us needs to confess our own sins, our own failings, our own hypocrisy," the pope said. "It requires getting off the pedestal and being immersed in the water of repentance."

"Advent is a moment of grace to take off our masks -- every one of us has them -- and line up with those who are humble, to be liberated from the presumption of the belief of being self-sufficient, to go to confess our sins, the hidden ones, and to welcome God's pardon, to ask forgiveness from those whom we have offended," he said.