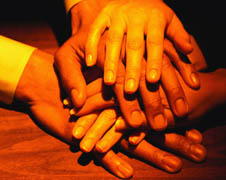 Activists welcomed a warning by Bangladesh Prime Minister Sheikh Hasina to law enforcers to avoid human rights violations but expressed doubt about any improvement. “You are the friends of the people. So, remain sincere to your duty towards them. Show your highest professionalism,” the premier told senior police officials at her office yesterday. The meeting took place as part of a Jan. 4-10 national police week program. Noting out that police earnings come from peoples’ taxes, Sheikh Hasina reminded the officers of their responsibility to earn their confidence through working honestly and sincerely. “Ensure human rights while operating the drive against crimes, terrorism and militancy,” she told the officers. However, rights activists said they were doubtful after the German-based watchdog Transparency International branded Bangladeshi police as one of the most corrupt institutions in the country Human rights groups also accused police of indiscriminate human rights violation. “I’m glad to hear of the Prime Minister’s concerns but I doubt that they (police) will do things properly,” said Rosaline Costa, coordinator of Hotline Human Rights Bangladesh. “Poor people, especially minorities are often deprived of their rights. Only about 5 percent cases of human rights violation are properly dealt with and solved,” Costa noted. However, the government is now more careful on human rights issues and Bangladesh’s emerging media is playing a vital role, she added. “The government needs to be totally secular-minded to establish justice and human rights,” she said. Sanjeeb Drong, a Garo Catholic and general secretary of Bangladesh Indigenous People’s Forum said that while it was pleasing to see the government taking steps to ensure human rights, it needed to do more. “We don’t have standard democracy in the country. So, people’s rights are violated, mostly of minorities,” Drong told ucanews. com. Related Reports Writers tackle rights, chapter and verse Violence against women in Bangladesh rising BA12728.1635