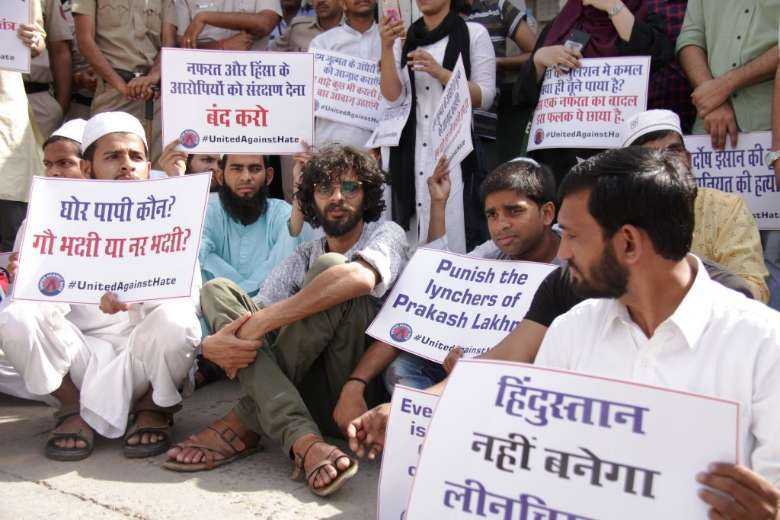 Social activists in India have filed a plea before the Supreme Court seeking the prevention of hate speech in public places.

The move comes in the wake of reported hate speeches made against Muslims by Hindu Rakshak Dal (Save Hindu Forum) at a rally in capital Delhi on Aug. 8.

Syeda Hameed, a former member of the Planning Commission of India, and Professor Alok Rai, a former faculty member of Delhi University, filed the public interest litigation on Aug. 16, urging the apex court to recognize that public authorities have a “duty of care” to prevent such speeches.

The petitioners asked the court to define the contours of liability when authorities willfully allow hate speech in contravention of constitutional and statutory laws.

Pointing out that it was the fifth such rally to be held in three months across the national capital region and neighboring Haryana state, the petition underlined how “speeches calling for direct action against Muslims were made.”

Video footage of the Aug. 8 rally circulating on television and social media showed mobs openly calling for the killing of Muslims. Delhi police later made some arrests after failing to take preventive action, which was against the guidelines issued by the Supreme Court, the petitioners pointed out.

The apex court in 2018 said that “the horrendous acts of mobocracy cannot be permitted to inundate the law of the land. Earnest action and concrete steps have to be taken.” It stated that it is the duty of the state machinery to preserve India' secular ethos and pluralistic social fabric in a democratic set-up governed by rule of law.

Mohammad Salim Engineer, secretary-general of Jamaat-e-Islami Hind, said: “The increase in hate crimes is a matter of grave concern. The federal and many state governments continue to fuel hatred against minorities to divert attention from their own failures to tackle the Covid-19 pandemic or the economy.”

Human rights activist A.C. Michael said hate speech, especially by those who wield political power, had become the norm in the country.

He welcomed the petition, saying it was high time someone from civil society took legal recourse in the matter.

“I must confess that I have yet to come across an initiative by this government that unites the citizens,” he said.

India has reported many incidents of hate speech and crimes against minorities inviting international attention. The US Commission for International Human Rights in 2019 called it a “dangerous slide into majoritarianism” and asked the Indian government to take action to prevent hate speech and violence.